CALGARY -- A Calgary man is now working with his insurance company after a large tree in front of his home ended up coming down onto his truck parked outside.

Emergency crews, including police and firefighters, were called to the scene on 14 Street near 28 Avenue S.W. at about 11:30 a.m.

When they arrived, they found a tree had fallen into the street, directly onto a parked truck. 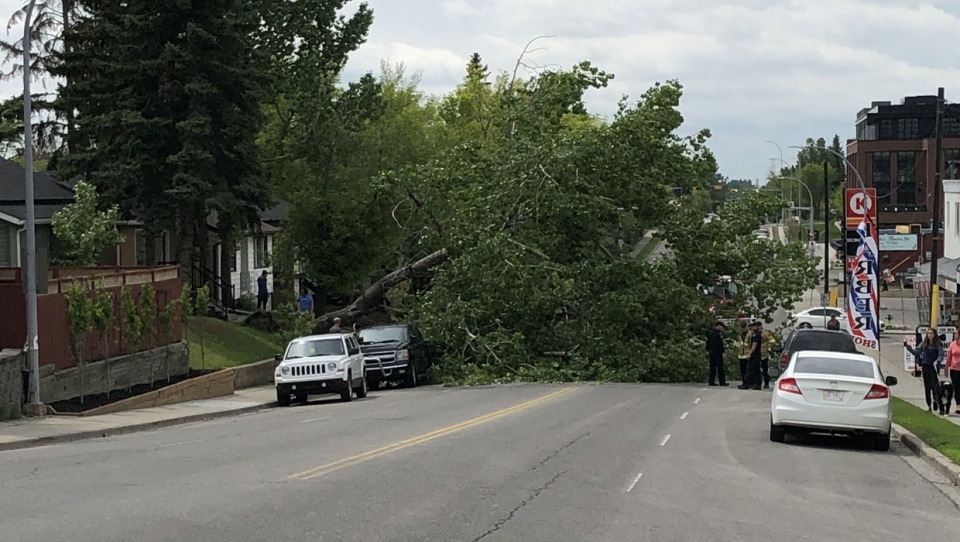 The CFD checked things out and found no other damage had been caused by the falling tree and all the power lines were intact.

Travis Teske, the owner of the truck, tells CTV News the incident was a complete surprise.

"I was just inside the house, watching some TV and then, all of a sudden, a big commotion happened outside and when I came out and looked, there was a massive tree on top of my truck," he said.

He's since called his insurance company for help, but is taking the situation in stride. 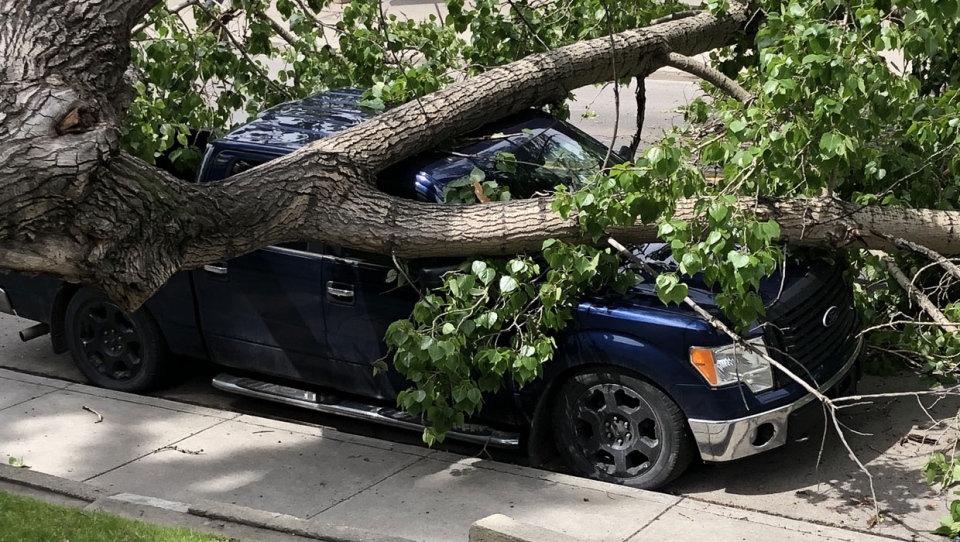 "Never a dull moment here, that's for sure."

No one was injured when the tree came down and traffic had to be diverted until it was cleared away.