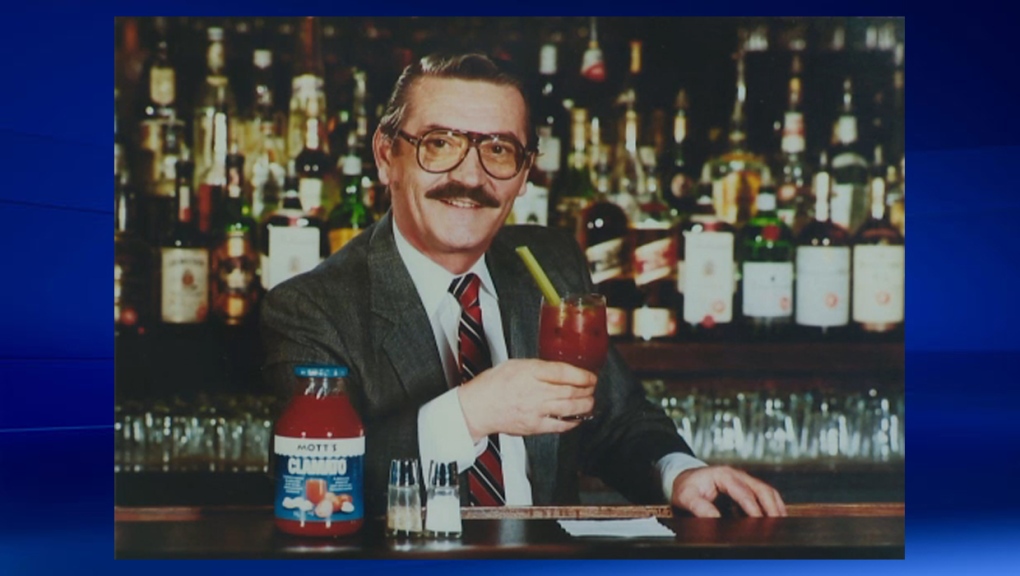 A photograph of Walter Chell, who created the Caesar at the Calgary Inn in 1969, on display at the Westin Hotel Calgary

Thursday is National Caesar Day and the Westin Hotel Calgary continues to celebrate the beverage that was created on the premises in 1969.

Walter Chell was tasked with creating a drink ahead for the opening of the new Italian restaurant in the hotel that was known as the Calgary Inn at the time.

“He looked back at his heritage, he’s from, originally, Montenegro, was an orphan in Italy, and he knew about some Italian pasta dishes,” explained Daniel Boychuk, director of restaurants and bars at the Westin Calgary Hotel.  “He thought tomatoes and clams would go great together so he decided to make a cocktail.”

Boychuk says the popularity of the cocktail caught everyone by surprise.

“It was 1969, Calgary, and I don’t think at the time they thought it was going to get as big as it did. It did take off pretty quick, especially in the city, but you just chalk that up to a local thing. You didn’t think it was going to get so big and sell hundreds of millions of Caesars every year.”

A short time after the creation of the Caesar using a mixture of tomato juice and clam nectar, beverage company Motts released Clamato.  “I guess at the time he could have put a patent on it,” said Boychuk. “I don’t think he made a ton of money off of it. He wasn’t poor but he didn’t retire a wealthy man.”

Chell passed away in the late 1990s but his legacy and original Caesar recipe lives on at the Westin.

“The staff hold you to a certain accountability,” said Boychuk of the initiation of new bar staff. “We have people who have been here for 30 plus years so they traditionally learned from Walter himself and it’s been passed down. When I started here, I was making the Caesar the way everyone else makes it and when I got here everyone was ‘nope, we don’t use Tabasco, we roll our drinks, we stir our Clamato’.”

“Some of these crazy things people like to do now days with Caesars - big garnishes, different ingredients – but we like to stick with the original because if you’re visiting the place that invented it, you want to have the original.”

The exact date of Chell’s creation of the Caesar remains unknown and the Thursday prior to the Victoria Day long weekend, the unofficial start of summer, was selected for National Caesar Day.

Boychuk credits the approachability of Caesars for the popularity of the beverage. “You can make it at home, you don’t need a lot of extra equipment.”

The Westin plans to celebrate the 50th anniversary of the Caesar throughout the year and will continue to offer Chell’s worcestershire sauce-heavy, stirred, seasoned with salt and pepper, and garnished with lime and celery, version of the vodka cocktail but the hotel has adopted the less laborious, prepared version of Clamato.