Bowden family has truck stolen along with daughter's wheelchair

CALGARY -- It was a bitterly cold morning. Ashley Dupuis' pickup, a 2002, forest green Chevy Avalanche, was warming with the doors locked in her driveway, about three steps from her front door.

Her five-year-old daughter Kaycee is in a body cast recovering from a major surgery, so Dupuis, using the key fob, unlocked the truck’s door, then started carrying Kaycee to the vehicle.

“I opened my front door and my truck reversed out of my driveway,” says the mother of two. 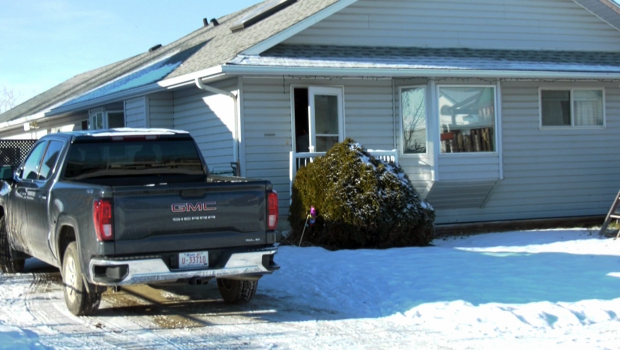 And that was the last she saw of it.

Inside was her purse, the family’s passports and most critically, Kaycee’s red wheelchair, from The Lending Cupboard, a business that lends medical equipment.

Also in the back was her 11-year-old son’s hockey equipment.

While insurance will cover some costs, the family is still out money and the Lending Cupboard is short a wheelchair.

There is some surveillance video showing the moments before the theft. A red Toyota Tundra can be seen driving slowly up the street with a person walking along next to it.

The Dupuis family is just hoping the truck and the red wheelchair can be recovered.

RCMP are investigating but so far have not located the truck.