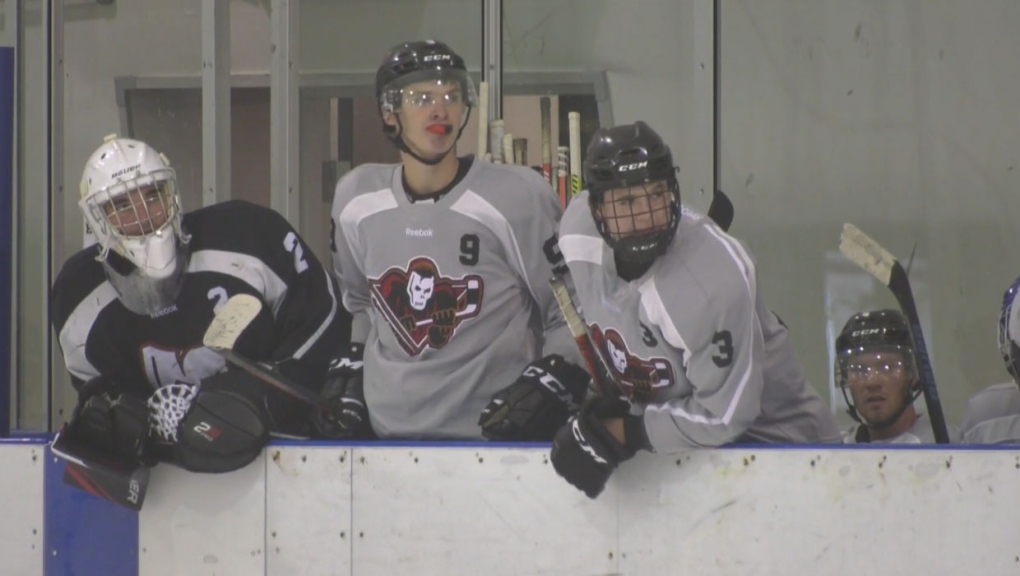 About 80 players are fighting for a spot on the opening day roster for the Calgary Hitmen during the club's training camp which wraps up on Sunday.

The Kyle Stuart Memorial Arena was buzzing with enthusiasm on Friday as the Calgary Hitmen resumed their 2019 Training Camp.

The camp runs five days and includes 79 players competing for spots on the roster. Skaters are put through their paces via goalie sessions, drills, practices and scrimmages.

Ultimately, the roster will be whittled down to an opening day squad of 23 players.

Training camp can be especially difficult for younger players competing for a roster spot because they have to go up against veterans who have a few more years' experience.

"Being a younger player it’s a lot harder, the guys are much older than you, much more mature [and] you have to adapt to the gameplay,” explained Sean Tschigel, drafted fourth overall by the Hitmen in the 2018 WHL Bantam draft.

"The speed, the physicality of it, the intensity of practices and the atmosphere, everything matters in what you’re doing around the rink."

Hitmen GM Jeff Chynoweth echoed the importance of camp for both young and older players.

"I think there’s always a little bit of hesitation at the start because there’s a new wave of players coming every year in junior hockey, you’ve got a five-year cycle."

Even with all the fresh faces in camp, Chynoweth described the process as a competitive one which benefits the team.

"Some of these young players are going to push some of these veterans for jobs and might win a spot when it’s all said and done. So it takes a little while to get the cohesion in everyone together. Once we get down to smaller numbers, it gets easier for them to work together with the coaching staff and we’ll hopefully be ready for the start of the regular season."

Day 4 of Hitmen training camp starts Saturday at 9 a.m. with a main camp three-on-three game. The day will finish with a Young Guns game at 1 p.m. showcasing the top 15, 16 and 17-year-olds in camp.

Training camp will conclude on Sunday with a 1 p.m. intra-squad game. All of the action is free for the public to attend.