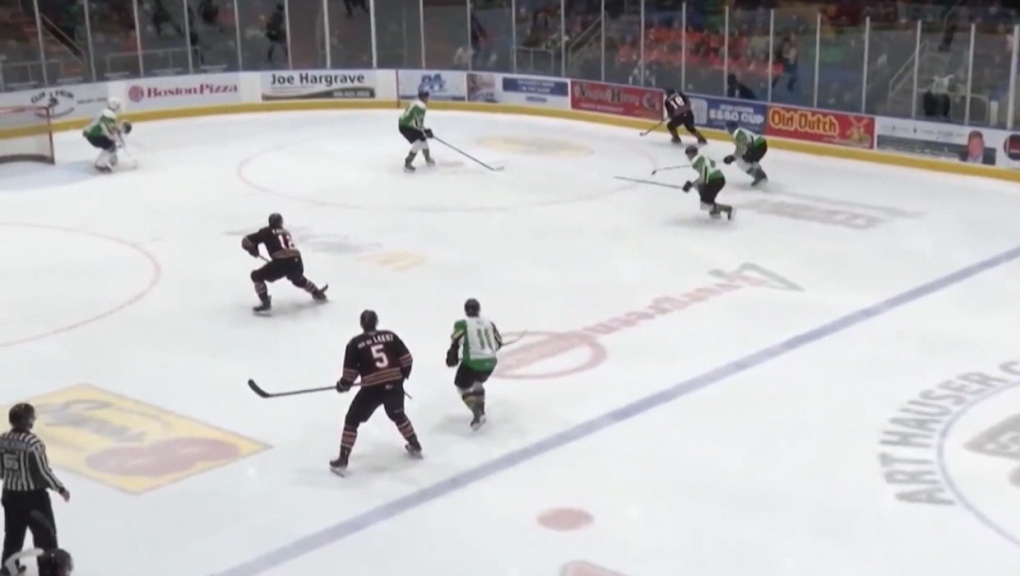 Now that the 2019-2020 season is over, the Calgary Hitmen are looking to the future for the team.

CALGARY -- Around this time of year, the Calgary Hitmen's vice president and alternate governor Mike Moore is getting ready for his team's playoff run.

That was supposed to get underway this week, but the coronavirus pandemic put an end to that.

Now, while shoveling snow with his dog Kansas, Moore says he couldn’t help but think about the postseason.

The Canadian Hockey League cancelled playoffs for all three of its regional leagues Monday in response to COVID-19. For the first time in its 102-year history the Memorial Cup was also cancelled.

Moore says it was something that needed to be done.

"It was required under the circumstances everyone is facing right now. We’ve got to be safe and we’ve got to stay safe."

He adds the news was tough for the entire team, but the group he really feels for is the 20-year-olds. After this year, their WHL careers are over.

Meanwhile, Moore and the rest of his colleagues in the WHL still have work to do. On Wednesday, the league will hold its Bantam draft lottery and U.S. prospects draft, but everything will now take place online.

The WHL Awards and Bantam draft, which are both live events, have also been affected by the pandemic. They too will go online.