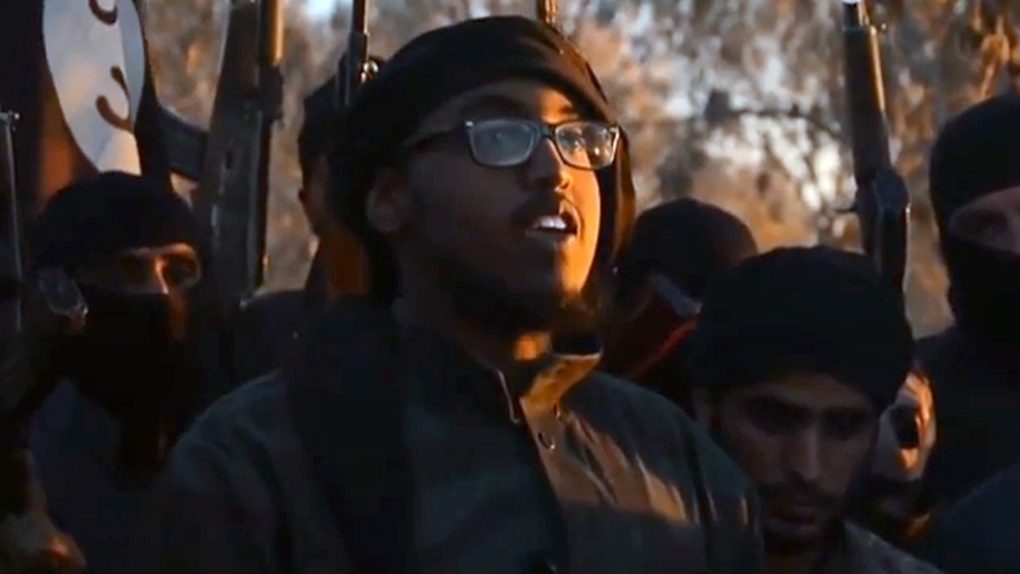 Farah Mohamed Shirdon, centre, in an image from an Islamic State propaganda video.

Another Calgary man has joined the ranks of radical Islamic terrorists overseas, CTV News has learned.

In the video he is seen uttering threats against Canada and the U.S. and also burns his Canadian passport.

The group has been a steadily-growing problem in both Iraq and Syria since last December, but attacks escalated earlier this month when 800 ISIS fighters captured the Iraqi city of Mosul.

Shirdon would be the third Calgarian recruited by terror groups fighting in Iraq and Syria.

Earlier this month, CTV confirmed that Salman Ashrafi, a former student leader at the University of Lethbridge, was killed in a suicide attack on a military facilty in Iraq, taking 46 people with him.

In January, another Calgarian, Damian Clairmont was killed in a shootout with government forces in Syria.

Clairmont, who also went by the name Mustafa Al-Gharib, converted to Islam following a suicide attempt, and then left for Syria in November 2012.

Clairmont’s mother says her son and Ashrafi were friends and were sought out, ‘brainwashed’, and coerced into joining radical movements of Islam.