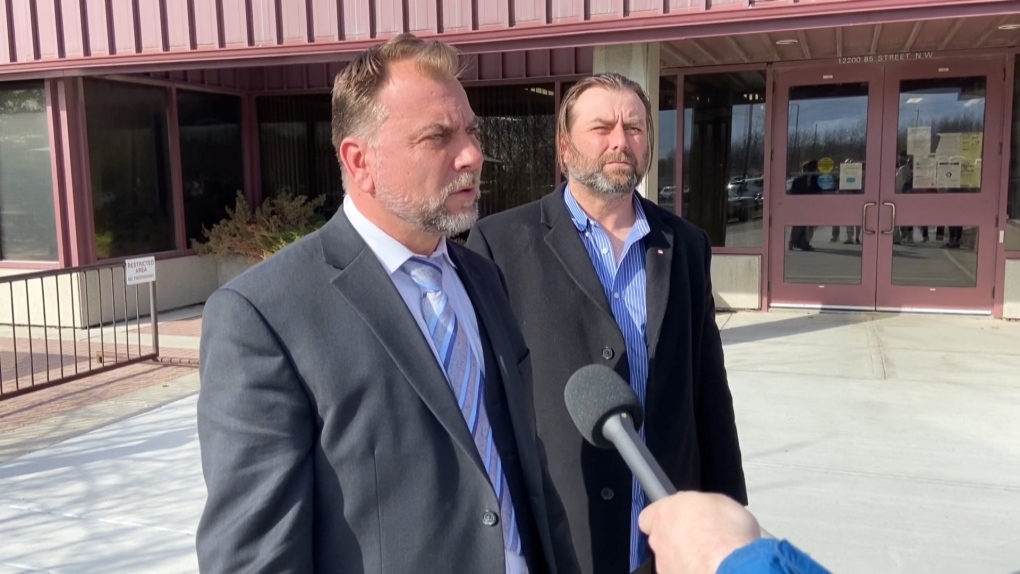 A Calgary pastor accused of repeatedly flouting public safety measures was met by members of the Canada Border Services Agency Monday afternoon after he touched down in the city on a private charter flight.

The lawyer representing Artur Pawlowski confirms her client was arrested at the airport on an outstanding criminal contempt of court charge.

According to Sarah Miller, a bail hearing was held late Monday night and the pastor was subsequently released. Conditions of Pawlowski's release include keeping the peace and good behaviour.

The pastor, as well as his brother Dawid Pawlowski, were both found guilty of contempt for violating COVID-19 health orders. The Pawlowskis hosted and participated in illegal gatherings and conducted services at a church in southeast Calgary where mask and physical distancing rules were violated.

The Pawlowskis are scheduled to be sentenced on Oct. 13.

The original version of this story incorrectly indicated Pawloski had been arrested by Calgary Police Service members. He was arrested by Canada Border Services Agency.

Honey and Barry Sherman's daughter is speaking out ahead of the five-year anniversary of her parents' unsolved murders, imploring anyone with information to help solve the killings.

A Quebec judge has authorized a class-action lawsuit against the maker of the popular online video game, Fortnite, after parents of three children who played it argued it was too 'addictive.'

Police reveal identity of Philly's slain 'Boy in the Box'

Nearly 66 years after the battered body of a young boy was found stuffed inside a cardboard box, Philadelphia police say they have finally unlocked a central mystery in the city's most notorious cold case: The victim's identity.

Hope was in short supply just ten weeks ago on this 10-kilometre spit of sand at the end of the migration route for tens of thousands of Canadian snowbirds, Don Martin writes in an exclusive column for CTVNews.ca from Florida's Fort Myers Beach. But there are signs, he says, things may return to normal much faster than anyone expected.

The federal Liberal government has presented a new bill aimed at enshrining in law their commitment to the Canada-wide early learning and child-care system, and the long-term funding needed to maintain it. The minister responsible said the legislation is needed in-part to ensure that the nationwide system being can't easily be scrapped by a future federal government.