Calgary's historic Fire Hall No. 1 looking for a tenant

CALGARY -- It’s been vacant since September 2019 when Budget Rent a Car moved out after 30 years. Now the City of Calgary is doing a heritage assessment of old Fire Hall No.1 to evaluate what it will take to restore and maintain the building.

Ryan Meier is the acting managing of facility planning with the facility management business unit. He says the results of the assessment will help the city figure out the plans for the future.

While there have been a few inquiries from potential businesses looking to rent the space, no one has signed a lease.

Fire Hall No. 1 served as Calgary's main fire hall for 62 years from 1911-1973. It’s one of Calgary's most important early civic buildings and was one of the largest and most sophisticated fire halls in Canada when it was built. 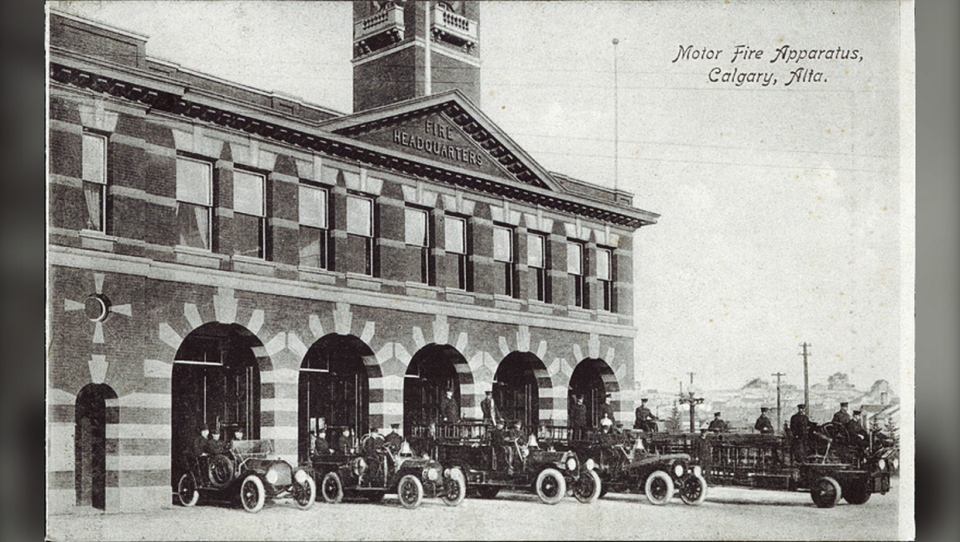 From 1973 to 1989 the building was vacant. Budget hosted its western headquarters at the site until 2019.

The brick and sandstone building is in surprisingly good shape both inside and out. It’s closed to the public, but inside you can still see the original tin ceilings on the main floor. The bell tower houses stairs and used to be where fire fighters hung hoses to dry.

The basement’s old coal storage room was turned into a crew lounge in the early 1900’s and the windowless room has some beautiful artwork. Meier says 11 murals tell a story of our fire department and the people who used to work there.

“They’re not accredited to anyone specifically but we do speculate that it did belong to an individual by the name of Henry Fisher,” said Meier. “(He) did work for the fire department around that time (and) we believe had some artistic abilities.”

Meier says Fisher’s murals appear to be of landscapes from northern England or Scotland which is where he was actually from. 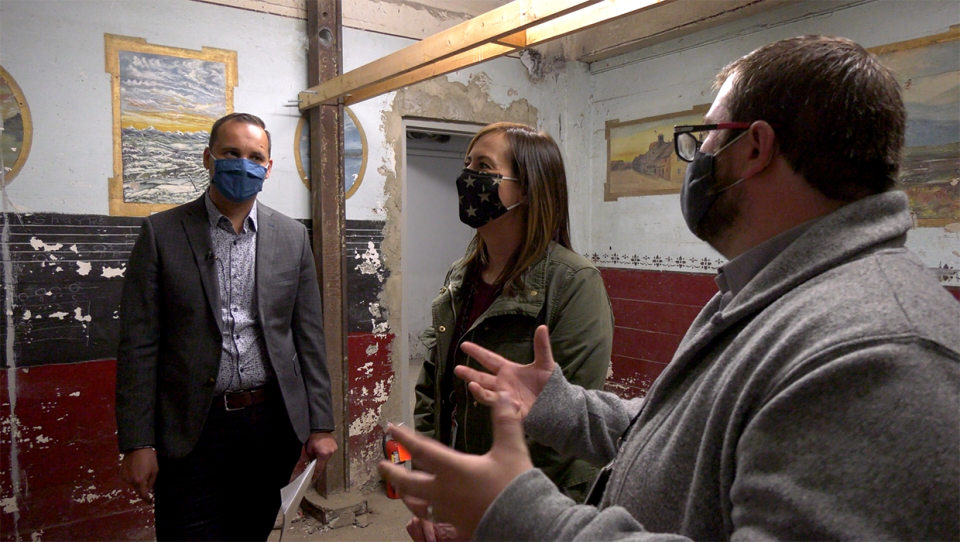 Josh Traptow is the executive director of Heritage Calgary. He says the building was designated as a municipal heritage resource in 2007. He’d like to see the building’s future use include something that the public could go inside and see.

The Firefighters Museum of Calgary is struggling because it can’t open at its southeast Calgary location next to fire headquarters because of the pandemic. Its new space is three years old, but far too small for a sizeable collection that includes upwards of 17 vehicles and over $3,000,000 in assets.

Garry Saunders is the president of the Firefighters Museum Society and would love to get his hands on old Fire Hall No. 1.

“It’s an iconic spot and it should be used for something like a museum,” said Saunders. “(It’s) really a win-win for Calgary because you have the building, the city owns it.”

Saunders says the problem is money. The museum isn’t generating any revenue right now and can’t fundrais,e so it couldn’t afford the rent.

The city says it’s looking at short, medium and long-term use for the historic building.