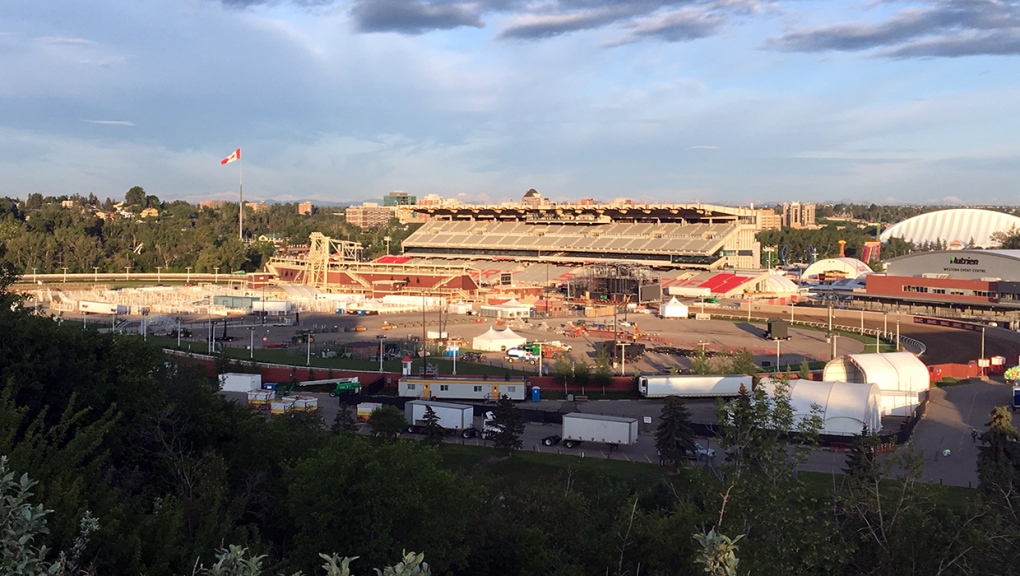 CALGARY -- An international animal protection organization is praising the reduction in funding for the Calgary Stampede in the recent provincial budget, but says those cuts don't go far enough.

People for the Ethical Treatment of Animals (PETA) wrote a letter to Finance Minister Travis Toews earlier this week following the government's funding cut for the Greatest Outdoor Show on Earth.

However, PETA says because of the event's track record of animals, particularly horses, "suffering and dying," it wants the province to stop funding it altogether.

Di Leonardo goes on to say a push to tighten rules at the event, which were brought into effect in 2010, hasn't resulted in more animal safety. Furthermore, he says only a fraction of Stampede attendees actually go to the chuckwagon races.

'We are very grateful'

The Calgary Stampede says the cut to their funding announced in last week's provincial budget will in no way change the experience for visitors to the event and they understand the government's need to address debt.

"We are very grateful that our provincial partner continues to recognize the importance of the Stampede's positive economic impact to the community and our programs," said Warren Connell, Calgary Stampede CEO in a statement issued last week.

"These are challenging times and the Stampede will do its part to support our provincial partner in bringing our province back to economic prosperity."

When it comes to PETA's letter, the Stampede says it is merely an attempt to achieve the goals of their own agenda.

"We recognize there are special interest groups that will attempt to leverage our organization's brand and profile as a means to build awareness for their own campaigns," a spokesperson wrote in an email to CTV News.

The provincial did not provide any comment about the letter from PETA, but it did confirm that Budget 2020 will include $6 million in grant funding for the Calgary Stampede as well as $250,000 for the rodeo.