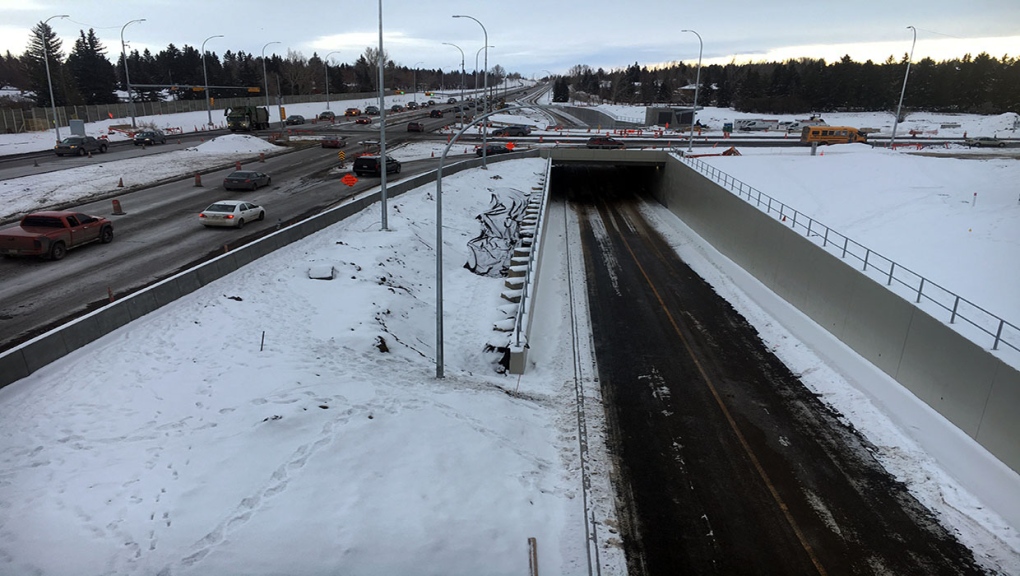 CALGARY -- The latest arm of Calgary Transit’s MAX rapid transit bus line is set to open in a week.

The Yellow line will feature improved infrastructure along the corridor, such as signal priority, real-time information displays and heated shelters.

Speaking at a press conference Monday, the city's transit planning manager Asif Kurji said the city will have extra staff to help riders navigate their way through the Yellow line.

“We’ll be having staff out at various important destinations along the corridor to provide information and answer questions,” Kurji said.

“Reliability and travel time are two of the things Calgarians have been asking for," added Kurji. 'We are trying to implement those as part of the MAX services across the entire city.”

While some residents in Calgary’s southwest will see this as an end to frustrating traffic as a result of construction, there remains work to be done.

“Next year we’ll be back,” said Anne Cataford, the city's manager of major transit projects. “We’ll be finishing up our cleanup work, some paving and some other work that will carry over until next year,” she said.

Calgary Transit also noted there will be some changes to pre-existing bus routes and schedules as a result of the Yellow line, and urged transit riders to check www.calgarytransit.com for changes.

The Yellow line symbolizes the completion of the MAX transit circuit, with the Orange, Teal and Purple linking rapid transit to all four quadrants of the city.