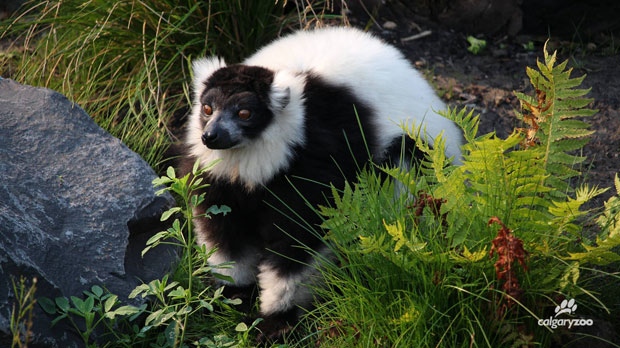 The Calgary Zoo said goodbye to one of its black-and-white ruffed lemur after the animal died post-surgery on Thursday.

According to zoo officials, Sava, a two-year-old female lemur, appeared agitated on Wednesday afternoon. A team of veterinarians intervened and the animal showed signs of improvement.

On Thursday morning, the lemur’s condition worsened and the animal was moved to the zoo’s Animal Health Centre for further assessment. The animal underwent an emergency surgical procedure to address its twisted stomach. The lemur failed to regain consciousness post-surgery and died hours after the procedure.

A necropsy determined the lemur suffered from a rare condition that results in gas become trapped in the wall of the stomach, causing the stomach lining to die as the stomach twists. The uncommon condition has been reported in black-and-white ruffed lemurs, as well as red lemurs, and is usually fatal.

Sava had arrived at the Calgary Zoo from the Twycross Zoo in the United Kingdom earlier this year, ahead of the opening of Land of Lemurs.