Significant delays in the approval process to become a Canadian citizen due to ongoing staffing shortages and widespread travel restrictions from the COVID-19 pandemic have forced some immigrants to wait nearly two years to take their oath.

The extra wait times are now impacting hopeful Canadians like Amani Kaman. who immigrated to Canada as a refugee in 2013 to escape from war. Sadly, his father was killed by rebels in the process.

Kaman first moved to Winnipeg, but has lived in Calgary for the past nine-years, graduating high school and working part-time jobs to support himself.

According to Immigration, Refugees, and Citizenship Canada (IRCC), the application process usually took about one year to complete before the pandemic.

Fast forward to today, where Kaman, now 21, is still waiting more than double that timeframe.

His application was received in January 2020, but he didn’t receive his citizenship test until November 2021. 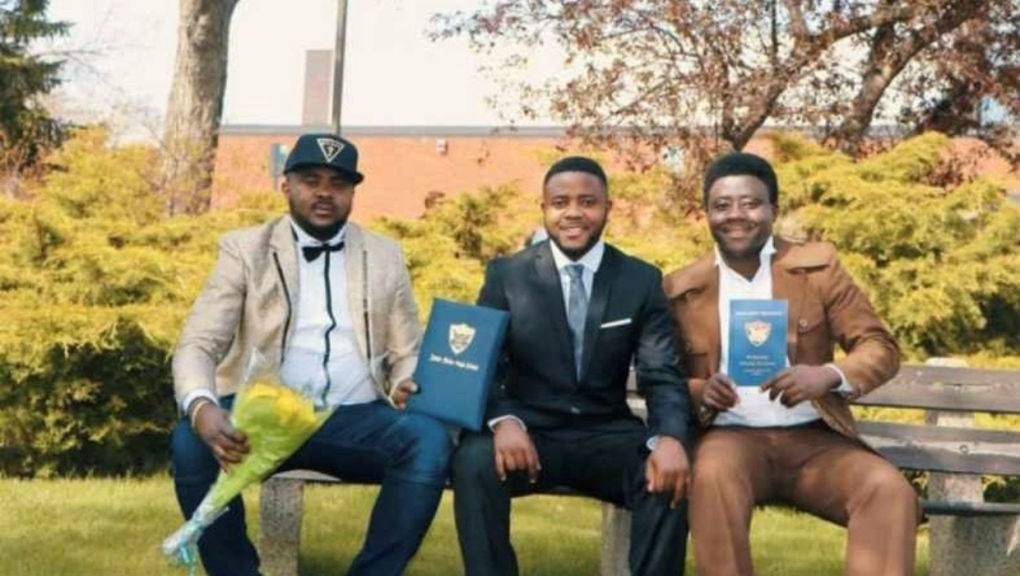 Amani Kaman at his high school graduation. After passing the test, Kaman is still standing by for an invitation to take his oath.

"I just don’t know why it’s taking so long," he said. "They don’t answer my calls or my emails and I don’t believe the government is working as hard as it can, that doesn’t make me proud."

"I want to join the Canadian army, but I’m not able to because I’m not Canadian. I want to work at the airport and apply to other jobs, but most of them require Canadian citizenship, so I hope they respond very quickly."

Kaman says delays in the citizenship process have also restricted him from travelling to other countries, including the United States.

The delays have forced him to continue applying for permanent residency, but it’s always been his dream to become a Canadian.

"I just can’t wait for that moment," Kaman said. "I'll be so happy, healthy, laughing and smiling – and calling my brothers back home right away."

"I want to be successful, not just a refugee, but to one day buy my own house, have a good paying job, and have children I can support."

Fariborz Birjandian, CEO of the Calgary Catholic Immigration Society (CCIS) says numerous clients are dealing with delays, which comes as no surprise due to pandemic backlogs and the fact that 400,000 immigrants are coming to Canada each year.

"This application process is extremely important for people because it’s a big milestone in the journey of coming to Canada," Birjandian said.

"At the same time, the volume of people applying for citizenship can be quite overwhelming for any system to handle, so I know IRCC is starting to take measures."

However, Birjandian says more work can still be done by the IRCC, like taking a more regional approach to applications.

"The IRCC can actually streamline the process to make it simpler, maybe by setting up different centres across the country to make the process more regional and not entirely national."

"The good news is that the government has committed to eliminate the application fee for people to help them out financially.  The cost for adults is something like $600 and for people under 18 it's $400, so that can be quite substantial for a family of five for example."

The IRCC says it is committed to what it calls a "more integrated, modernized and centralized" working environment in order to speed up the application process globally.

“IIRCC is now able to invite approximately 5,000 clients per week to complete the online citizenship test, which is in line with pre-COVID testing rates," read a statement from IRCC media relations advisor Rémi Larivière.

"The department has steadily increased the number of test invitations sent to applicants in order to facilitate rendering a decision on their application, and ultimately reduce the overall inventory."

Larivière adds that the final step of obtaining citizenship – which is the oath and citizenship ceremony – have also been held virtually from April 1, 2020 to Dec. 31, 2021.

More than 177,000 clients have taken the Oath of Citizenship in more than 12,000 virtual ceremonies. Between April and November of last year, more than 98,000 applicants became citizens through video oath ceremonies.

"The department is inviting approximately 3,500 to 5,000 applicants weekly to do the oath virtually,” said Larivière. 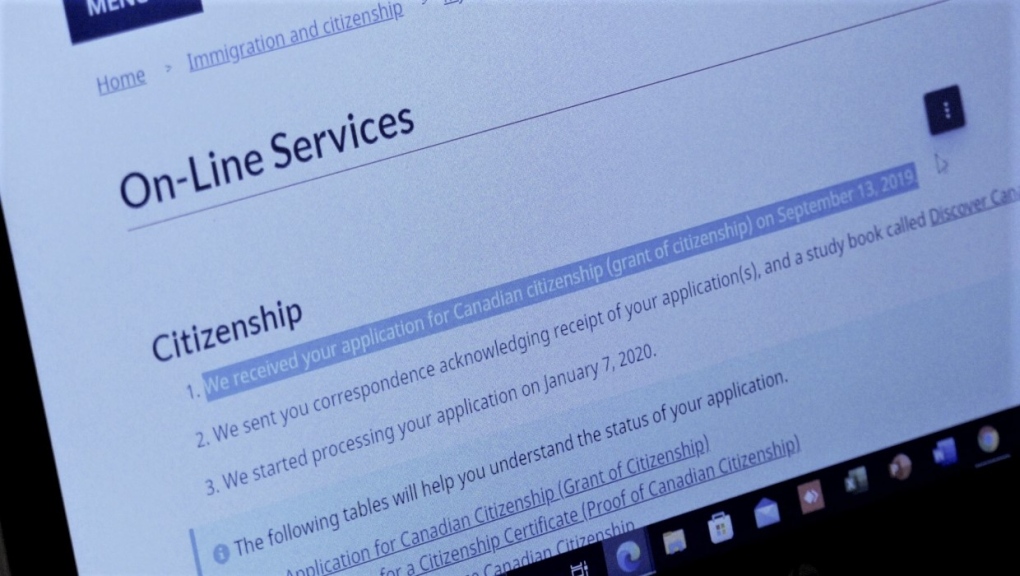 He noted that the Government of Canada proposed $85 million in new funding to reduce application inventories in the 2021 Economic and Fiscal Update.

That investment is expected to support additional staff, address labour shortages and to return to processing service standards in various programs by the end of the year, including study permits, work permits and permanent resident cards.

“I know that processing delays have been incredibly frustrating for many individuals,” Fraser said.

"Helping clients come to Canada quickly with predictable processing times and efficient communication with IRCC remains a top priority for me. Immigration benefits all Canadians—it helps grow our economy and strengthens our communities across the country.

"Many people are choosing Canada as the place to visit and build their future, and to ensure that we stay competitive, we have introduced concrete measures to make sure those who want to come to Canada have the client experience they deserve."

IRCC has since hired approximately 500 new processing staff, has digitized applications and is in the process of reallocating work amongst its offices around the world.

The department is also working to expand the use of advanced data analytics to help officers process visitor visa applications up to 87 per cent faster.

"In some cases, we’ve even heard of people who have been in the system for three to four years, which is not normal, and now we’re going to the federal court," he said.

"Think about it this way: if you are waiting for citizenship, which you anticipate to be done in about a year, and you work for an organization from trucking to high-level corporate environments that require you to travel, you're basically stuck in a hiatus and you may be at risk of losing a job to another candidate just because their mobility is a little more secure."

Shory says delays are coming out to about a year or 18 months in most cases, but he's been in frequent contact with the Government of Canada and is continuing to push the federal government to review its immigration system.

He had the opportunity to provide witness testimony for the House of Commons Standing Committee on Citizenship and Immigration in November of 2020, and says IRCC needs to adapt to better virtual solutions which would allow immigrants to finalize their applications at a faster rate.

"We live in a Zoom and Microsoft Teams world now so everyone understands that – the tribunals, the federal court – they've all adjusted themselves and they adapted pretty quickly to implementing these types of technologies," Shory said.

"IRCC, however, has continued to lag behind and we don't understand why some of the biggest delays are coming with permanent residency and also a significant number of delays when it comes to interview selection which results in months and sometimes years."