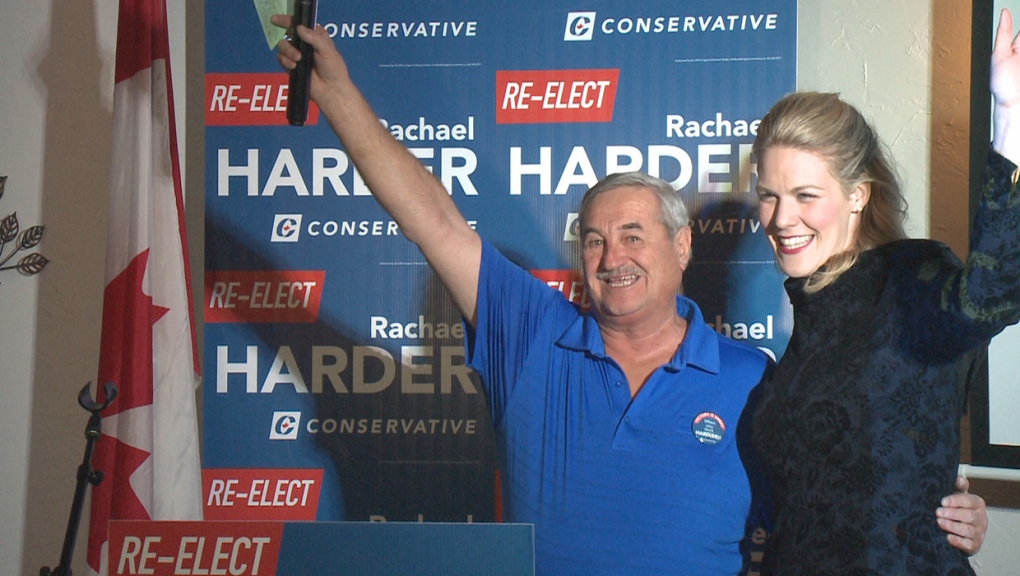 LETHBRIDGE -- Incumbent MP Rachael Harder won by a margin of more than 30,000 votes in Mondays federal election, but other candidates weren’t discouraged by the one sided win.

Bleiken says the campaign was the most incredible experience of her life, giving her a chance to provide a progressive voice for Lethbridge and Southern Alberta.  “I’m ecstatic,” she said.

Bleiken says she’s looking forward to the role the New Democrats can play under a minority government.

Both the New Democrats and Liberals experienced a drop in support from the 2015 election.

Liberal Amy Bronson says she knew it would be tough to gain or hold ground in Lethbridge, but Bronson says they did everything they could.  “It’s okay,” she said.

She believes the Liberal win nationally will be good for Lethbridge, particularly when it comes to fighting the opioid crisis.  “We need to keep a federal leadership and federal partner that believe in funding the services we need in our community, and believes in getting us what we need to get through the opioid crisis as a country.”

While still far behind, the Green Party was the only party other than the first time People’s Party of Canada to increase support from the last election.

Stephanie Watson says it’s hard to change the mindset in a Conservative Party stronghold, but adds, people of all parties will continue to work on it. “There are just a lot of disenfranchised voters. There are a lot of people who feel that their voices aren’t being heard.”

Watson says increasing popular support will help the Green Party when it comes to pushing for change on major policy issues.

In winning reelection, Harder gathered 41,580 votes, which is 8,000 more than the other five candidates combined.

“This election has shown I have tremendous support in this riding, and I feel incredibly honoured and blessed,” said Harder.

Harder says the one disappointment was that the party didn’t gain enough support nationally to form the government. “But in the meantime Canadians have trusted us to be the voice of Canadians, holding the government to account, and we are going to take that job seriously.”