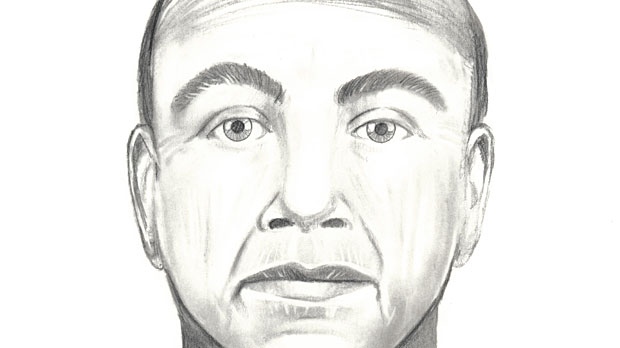 Canmore RCMP released this sketch of a suspect wanted in connection with a scam that was perpetrated at a bank in Canmore on March 6.

Police in Canmore are on alert after a male stole a significant amount of money from a senior, claiming he was a ‘bank investigator’.

On March 4, the suspect contacted an elderly woman under the guise of an employee of a Canmore bank.

He provided the woman with personal financial information to cement the story that he was indeed a fraud investigator working on tracking down a supposed thief at the bank.

The fraudster then instructed the woman to go to her bank and withdraw a substantial amount of money with specific instructions not to touch it, but have a bank employee put the cash directly into a bank envelope.

Once this was done, the suspect met the victim face-to-face outside the bank where he took the money, promising to contact her at a later date.

Police say the suspect was dressed very casually, with khaki pants and a cotton shirt.

Investigators say this scheme is similar to other crimes committed in Ontario and Manitoba.

It is particularly concerning because the suspect is able to access the victim’s personal information, including account numbers and transaction history.

Investigators urge anyone who may have information regarding the identity of those responsible, or if you have witnessed any suspicious activity, to contact Canmore RCMP at 403.678.5519. If you wish to remain anonymous, call Crime Stoppers at 1.800.222.8477 or report it online at www.tipsubmit.com.