CH-146 Griffon helicopter to perform flyby above Okotoks on Wednesday 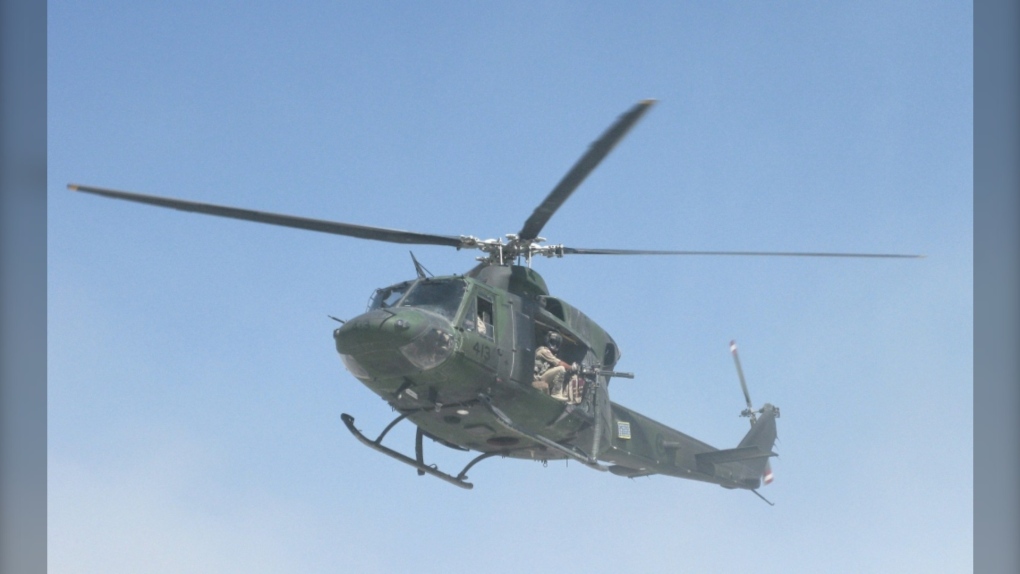 A CH-146 Griffon helicopter, similar to the one shown in this file photo, will be flown above Okotoks in support of the Rolling Barrage. (File photo)

CALGARY -- Okotoks residents should look to the skies on Wednesday afternoon as members of the 408 Tactical Helicopter Squadron conduct a flyby with a CH-146 Griffon helicopter.

Scheduled for about 4 p.m., the display is in support of the Rolling Barrage, a coast-to-coast motorcycle rally aimed at conquering the stigma of PTSD.

The helicopter will depart from CFB Edmonton at about 2 p.m. and make its way to Okotoks, where the flyby will be conducted at about 4 p.m.

The 408 Tactical Helicopter Squadron is co-located with 1 Canadian Mechanized Brigade Group at the 3rd Canadian Division Support Base in Edmonton. Equipped with CH-146 Griffons, the squadron’s primary role is tactical aviation support to the Canadian Army and other government departments.