A move to declare a climate emergency in Calgary is one step close to becoming official for Mayor Jyoti Gondek and her new city council.

A city committee unanimously endorsed the motion Tuesday and it'll now head to council next week for debate.

He represents some of the areas in the city that were significantly damaged in a 2020 hail storm. Dhaliwal said he heard from many people in his ward that the city needed to take action to mitigate the effects of climate change.

"We can start working with our administration to put the policies together, some measureable goals, some accountability. There's no point in wasting any more time," Dhaliwal said. 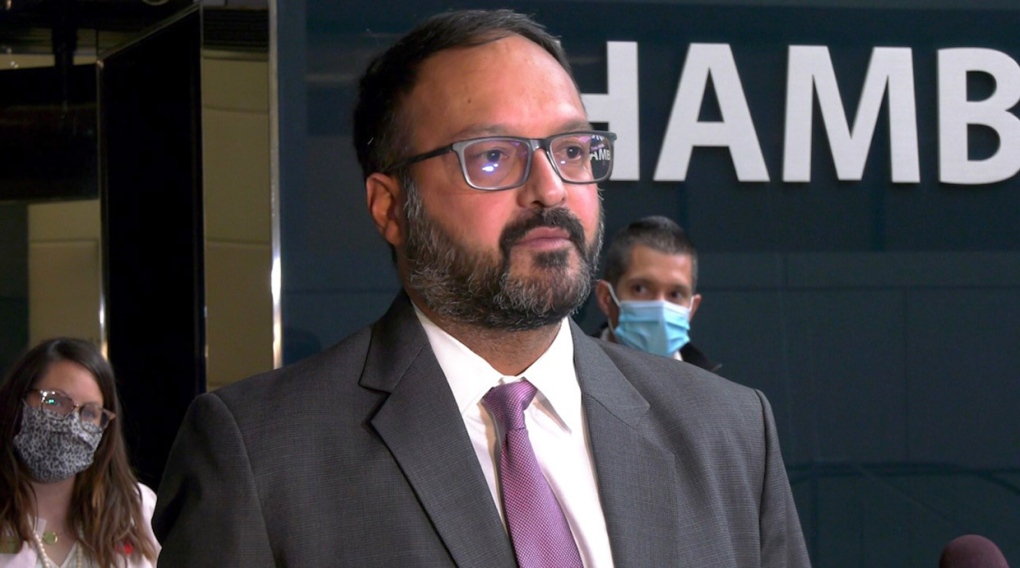 "We can start working with our administration to put the policies together, some measureable goals, some accountability. There's no point in wasting any more time," Ward 5 councillor Raj Dhaliwal said.

During her campaign to become mayor, Gondek said declaring a climate emergency would be one of the first orders of business if she was elected.

"Lots of members of council weighed in on why this is indeed an emergency and why this is something we need to focus on," Gondek said.

If the motion is passed, Calgary would join other Canadian cities that have already declared a climate emergency, including Edmonton, Vancouver and Halifax.

The motion calls for the city to update its Greenhouse Gas target to reach net zero by 2050. It would also mean investments to reduce emissions and climate risk.

However, there's no word on what it all could cost, but the city would call on all orders of government to help fund the work.

"Whether it be transit, whether it be active mobility, whether it be accessibility lanes and so on -- that's one huge way of us changing our culture of convenience, our lifestyle to actually create a much more forward and future-friendly, climate resilient city," said Courtney Walcott, the councillor for Ward 8.

Some councillors acknowledged that they had received emails from constituents who were not in favour of the idea to declare a climate emergency. But they add they believe this is a way to also create jobs and boost the city's economy.

"Is this symbolic? Yeah, absolutely it's symbolic. But there are numerous business advantages, there are investment opportunities we are missing out on," said Ward 14 Cllr. Peter Demong.

The notice of motion is part of the agenda that will head to council on Monday.

Thunderstorms kill at least 5, knock out power in parts of Ont., Que.

As the May long weekend kicked off, a massive thunderstorm in southern Ontario and Quebec brought strong wind gusts that knocked down trees, took out power and left at least five people dead.

Croatian police opened fire with live ammunition during clashes on a highway with hundreds of soccer fans returning from a match in the capital, authorities said. Two fans and about a dozen police officers were injured.