The City of Calgary released its compensation disclosure list on Monday, outlining the salaries of city employees as they pertain to specific positions.

According to the latest findings, nearly 30 per cent of employees make $100,000 or more each year.

Top earning positions from the list based on approved salary rates as of May 6, 2019: 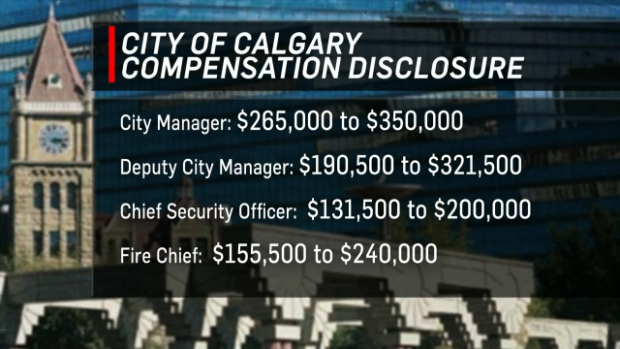 The list excludes the salaries of Calgary police members, seasonal on-call, summer students and some employees on contract.

The report also excludes the salaries of elected officials.

The list goes on to show a few thousand city positions and their ranges of salaries, but some councillors like Sean Chu and Jeff Davison think the list should include names and specific salaries.

“I agree wholeheartedly with Cllr @SeanChuCalgary,” Davison said in a tweet.

Davison’s tweet goes on to say, "a full sunshine list is done in other municipalities and at the provincial levels - and is the accountable thing to do.”

However, the City of Calgary website suggests that the disclosure list does provide the necessary compensation information for Calgarians.

Calgary city council voted in the fall of 2014 to begin releasing full compensation disclosure lists to the public.

In addition to this report, the Calgary Police Service also released its compensation disclosure list.

Top earning police positions based on negotiated and approved salaries as of May 21, 2019: 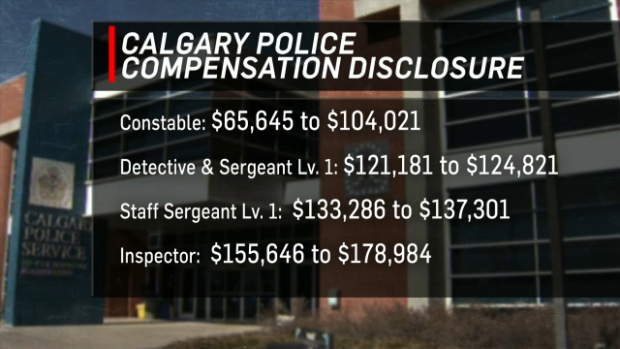 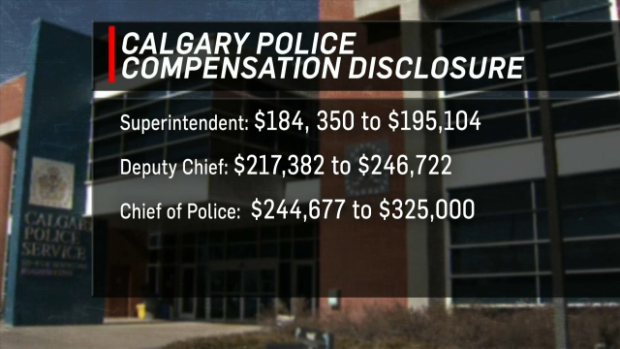 Scroll the document below to view the complete City of Calgary 2019 Compensation Disclosure List or click HERE.