CALGARY -- Premier Jason Kenney is experiencing blowback from some seniors healthcare advocates and medical professionals after referring to COVID-19 as an “influenza” and comments about the mortality rate in Alberta’s senior population.

Kenney made the comments Wednesday in the provincial legislature.

He said, “It is critical as we move forward that we focus our efforts on the most vulnerable, on the elderly and the immunocompromised,” adding that “the average age of death from COVID in Alberta is 83 and I remind the house that the average life expectancy in the province is age 82.”

He later continued, saying “For most Albertans the risk of death from other pathogens, accidents and traffic fatalities is actually higher than it is from COVID.”

Kenney also repeatedly referred to the pandemic as an “influenza that does not generally threaten life apart from the most elderly.” 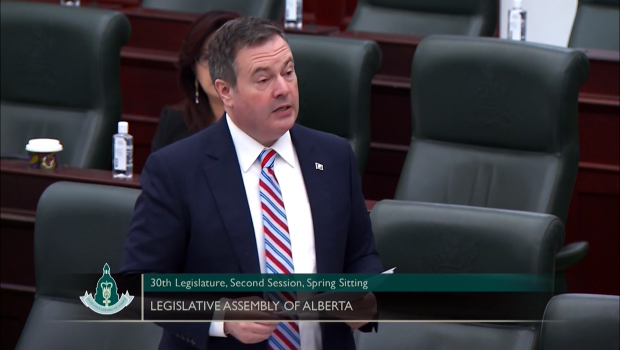 Alberta’s top doctor’s recent comments are apparently divergent from the premier’s, as she reminded viewers of her briefing “that COVID-19 was and is a deadly disease.”

“When we look at the impact of COVID-19 on a global scale, during the peak of global deaths in April, the number of weekly deaths being reported was higher than lung cancer, road injuries, diabetes, or suicide,” said Dr. Deena Hinshaw, Alberta's chief medical officer of health.

She continued, ”while this is often compared to influenza, our current COVID-19 death toll of 142 in Alberta is one and a half times higher than the highest annual influenza death number in the last five years. And we have never taken such measures to prevent influenza from circulating.”

First, pointing out the age of mortality among the elderly has drawn ire from advocates.

Second, comparing the novel coronavirus at the root of the pandemic to influenza is worrying for some Calgary family physicians.

The concern is that the risk of transmission between demographics remains high, without treatment or a vaccine.

“I think the message needs to be clear, we are opening the economy with the risk that your parents, your loved ones our seniors would die because of movement and not maintaining social distance,“ said Dr. Mukarram Ali Zaidi, a Calgary based physician and member of the advocacy group AB Docs 4 Patients.

The organization is a collective of doctors that opposes the UCP government’s recent changes to health care. One of the ways it does that is it circulates petitions on its social media pages.

Zaidi added that the premier is going too far with medical advice, and calls it “disgusting.”

The physician has clashed with political leaders in recent weeks.

But Zaidi isn't the only health professional taking issue with the comments. Other doctors have posted to social media, tweeting that "COVID-19 is not an influenza."

No, @jkenney. NO. No. no. no. COVID19 is not an influenza. The population does NOT have immunity or "immune resistance" to it, which is why it caused a pandemic in the first place. How could you be the pandemic premier and not know the most basic facts about it?#ableg #abhealth https://t.co/3f3O6dkNEh pic.twitter.com/vS6KTCFLod

Speaking with reporters Thursday, Kenney clarified he meant to vulnerable populations need to be protected, and did not use the term "influenza" to describe the virus.

"I’m doing exactly the opposite. I’m saying that we must focus our efforts in a real way on defending the most vulnerable," he said. "COVID-19 has affected the health of some young people but a tiny number relative to for example other kinds of health threats that young people face.

"Every public health order that suspends an area of economic or social activity also has negative consequences."

Political watchers said it would have been better strategy for Kenney to focus on the balance of reopening the economy while managing health risks to the population.

Sandra Azocar, from Friends of Medicare, said "By him making this statement and using this as a way of rationalizing a quick relaunch is just irresponsible and it could potentially put the lives of Albertans at risk."

Lori Williams, Mount Royal University associate professor of political science said his comments seem to appeal “to further right conservatives, people that you think would already be in his corner.” 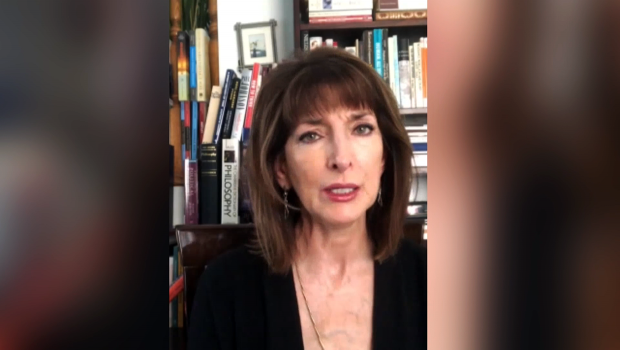 That sentiment is being echoed by the Alberta Federation of Labour.

“The science says that we’re not out of the woods yet and that we need to continue to be cautious and vigilant in terms of following the guidance of public health official in both public spaces and workplaces,” said president Gil McGowan in a news release.

“I’m afraid our Premier’s Trumpian narrative — which says that this is no worse than the flu and only a danger to the elderly — is going to lead to infections and deaths that could have been avoided.”

Reaction to the pivot from the province’s management of the health crisis to managing the economic crisis is likely being reflected in the polls.

According to Angus Reid, Premier Kenney’s approval rating is up by one point to 48 per cent, from levels in February.

At the same time, B.C. Premier John Horgan’s approval rating is up 25 points and Ontario’s Premier Doug Ford points have risen by 38.