Condolences pour in for Calgary wife, mother after COVID-19 death

CALGARY -- On the morning of March 30, Deb Diemer died in her Calgary home.

Mike Diemer frantically performed CPR on his 57-year-old wife as he waited for paramedics to arrive, but they were unable to revive her.

Deb's death came nine days after she learned that she had tested positive for COVID-19.

Deb was followed closely by doctors for years, after being diagnosed with primary pulmonary hypertension in 1986. She managed to keep that disease in check with the help of medication until 2002, when she received a double-lung transplant. Six weeks prior to her death she received a new kidney, gifted to her by her sister. 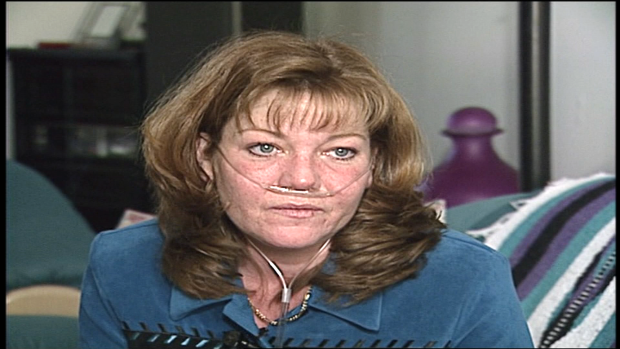 CTV Calgary first spoke with Deb Diemer in February 2001 when she was waiting for a double-lung transplant because of primary pulmonary hypertension. (Archive)

"My wife was an Irish redhead. She never had a fight that she didn't want to win," Mike said.

"My sister called her Wonder Woman."

When Deb was swabbed for the virus, she was telling doctors she felt like she had a simple cold.

Even after the COVID-19 diagnosis, her symptoms remained mild enough that her doctor didn't think she needed to be hospitalized — she wasn't struggling to catch her breath and could speak in complete sentences.

Later doctors would tell Mike the virus attacked Deb's heart and she died within hours of it entering her coronary system. 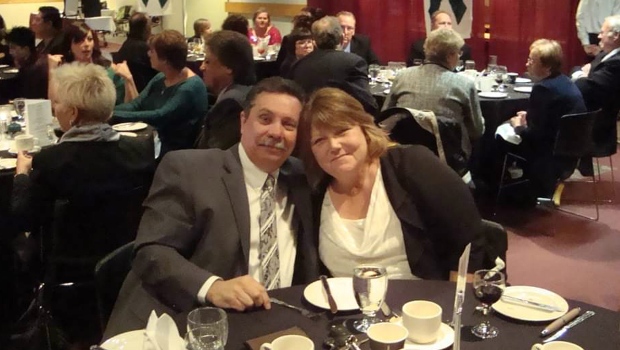 Deb and Mike Dimer were married for almost 35 years. He said they were talking about retirement — something he never thought would happen because of his wife's health challenges. (Submitted by Mike Diemer)

"She just would have been all alone."

More than a statistic

Watching the news the night of Deb's death, Mike said it struck him when he heard his wife of nearly 35 years described only as "a woman in her 50s with a pre-existing condition" that he knew he wasn't going to let her be reduced to a statistic.

She was a wife and doting mother to their 18-year-old adopted daughter Helena. She was a close friend to many and an active member of Alberta's transplant community.

"The thing about my wife, with everything that happened was she never worried about herself, she was never 'oh poor me,' she was always there for somebody else," Mike said. 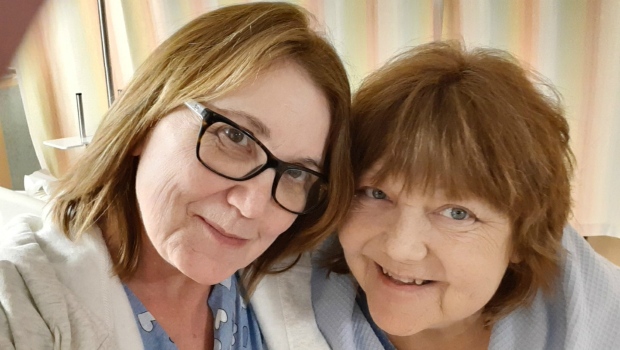 In February, Deb Diemer underwent a kidney transplant. The organ was donated by her sister Kathy.(Submitted by Mike Diemer)

As a seasoned transplant recipient, Deb was someone people turned to for information and to draw from her experiences as they were going through the process.

"Her loss leaves a huge hole in our transplant community, where we start out as a group of people having something in common and end up becoming close friends, which then become family." said Karen Spielman, a lung transplant recipient and a close friend of Deb's for more than 20 years.

Mike said the family was making summer plans to spend the season at Pine Lake, as the kidney transplant finally freed Deb from the burden of dialysis. The summer would also mark their 35th wedding anniversary.

"We were talking about retirement," Mike said. "That was something we didn't talk about for a long time because we never thought we would see retirement together.

"I was starting to think Wonder Woman was going to outlive me."

Although they aren't sure exactly where Deb contracted the virus, Mike said the likely culprit was the 11 hours they waited in the Foothills hospital emergency room in late February. Deb was having complications stemming from her recent kidney transplant, and that was the route her doctor recommended to get her admitted.

Mike also tested positive for COVID-19 and. despite feeling a bit winded, he said he feels healthy again. He and his daughter Helena remain in isolation as he wouldn't be able to live with himself if someone else got sick, or worse, due to him passing the virus.

"I'm sure that the people who infected us didn't know or didn't mean to do this, but I'm living proof of what it costs a family to have something like this happen." 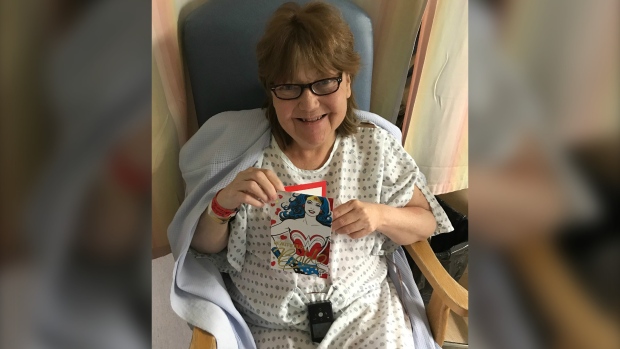 Mike Diemer said his wife "was an Irish redhead" who never had a fight she didn't want to win. Her sister-in-law called her Wonder Woman. (Submitted by Mike Diemer)

On Monday, Mike did leave his home. He went masked and gloved to pick up his wife's ashes.

He says one of the hardest parts is not being able to give the people who loved Deb the closure that a funeral would bring.

"At some point, when this is all a memory, I'm going to gather with her family and friends and we're going to celebrate her life like it should be celebrated."

With files from Brenna Rose