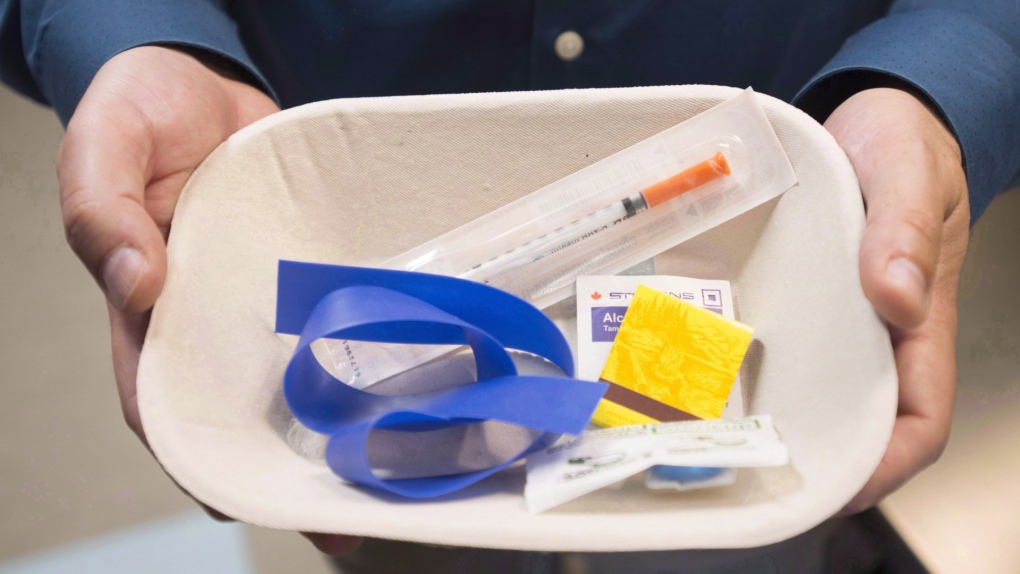 Alberta's top court will hear an urgent appeal by harm reduction advocates who want to stop a provincial policy that requires supervised drug-use clients to identify themselves.

The rule, set to come into place on Jan. 31, requires people who are using substances to show their personal health-care number to access the sites.

Moms Stop the Harm and the Lethbridge Overdose Prevention Society, which are the two non-profit societies challenging the Alberta government, argue this could increase barriers to drug-use sites and increase the risk of overdose.

The Alberta Court of Appeal is to hear the appeal Jan. 27.

Earlier this month, an Alberta judge dismissed an injunction that would have delayed the implementation of the new rules.

In his decision, Justice Paul Belzil said the injunction would have restricted Alberta's ability to formulate addictions policy.

However, Belzil also concluded “irreparable harm will occur to some illicit drug users” as a result of the failed application.

Edmonton-based lawyer Avnish Nanda, who is representing the plaintiffs, said a major error in the court's findings is that it did not sufficiently weigh substance users' right to life.

Nanda said he was "without hope" the appeal would be heard but the rare, and speedy, decision for re-examination has invigorated his clients to continue their fight.

"In the normal course, it would take months - upwards of six months at times - to find a court date for an appeal hearing to happen," said Nanda. "It gives new life to our attempt to stop what both experts and the chamber justice recognized (could) cost human harms to substance users."

Identification requirements are just one part of the United Conservative government's new regulations for existing and future supervised drug-use sites.

It also obliges service providers to develop "good neighbour agreements" to support community integration and to maintain robust records on clients, adverse reactions to substance use and referrals to treatment.

If operators do not meet the standards, they will be unable to receive provincial funding.

The non-profit societies filed a lawsuit against the Alberta government in August, saying its new rules will have life-and-death consequences as overdose fatalities reach record highs.

Almost 1,400 people have died from substance-related overdoses between January and October 2021 - a 26 per cent increase from the time period the year prior.

The statement of claim also alleges the province's rules frustrate a framework set by Ottawa to streamline applications for and operation of the sites. None of the allegations has been proven in court.

The Alberta government did not return requests for comment.

In an affidavit from Kenton Puttick, who works in the ministry of mental health and addictions, he said asking clients for their personal health number would help service providers transition people into recovery-focused supports.

During cross-examination, Puttick said clients would not be refused access to supervised consumption sites if they do not have or refuse to obtain a health-care number.

This report by The Canadian Press was first published Jan. 18, 2022.