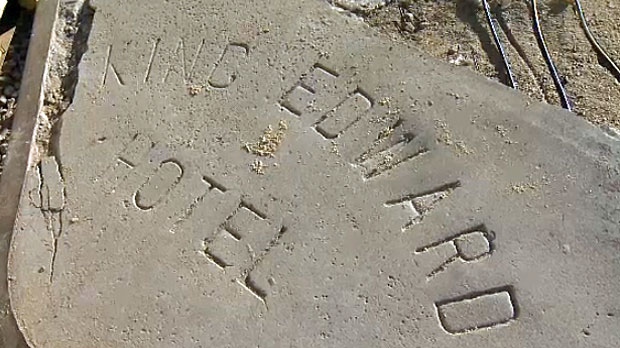 Crews took the old hotel down one brick at a time.

Construction on the new National Music Centre is well underway and crews are in the process of painstakingly putting the old King Eddy Hotel back together one brick at a time.

The King Edward Hotel was built in phases between 1905 and 1910 on 9th Avenue southeast and was one of Canada’s first blues bars.

It closed its doors in 2004 and in 2008 Cantos Music Foundation took on the huge task of incorporating the historic building in the design for the new music centre.

The bricks have been wrapped and are being stored on pallets inside a shipping container to preserve them while crews work to reassemble the structure.

Even the hotel’s front door step has been saved to be used again.

“It’s an amazing process and the Eddy required a lot of tender loving care. And so it came down brick-by-brick but was put on pallets so we actually know on a grid basis, how to rebuild it. And some of that intricate work, around windows, that’s been actually numbered individually so it’s like a big puzzle,” said Mary Kapusta from the National Music Centre.

The Eddy will become part of the new $150M facility that will also include performance spaces, recording studios, broadcasting facilities and music museums.

“It’s really the heart of the new National Music Centre and it’s going to look like it did in 1905 but with all the fun that was on the inside too,” said Kapusta.

Officials say the Eddy is an artifact and that’s why they are restoring it.

“We want Calgarians to know that you can come back to the Eddy, catch a show and have a beer. Open seven days a week and live music once again,” said Kapusta.

The new National Music Centre is scheduled to open in 2016.