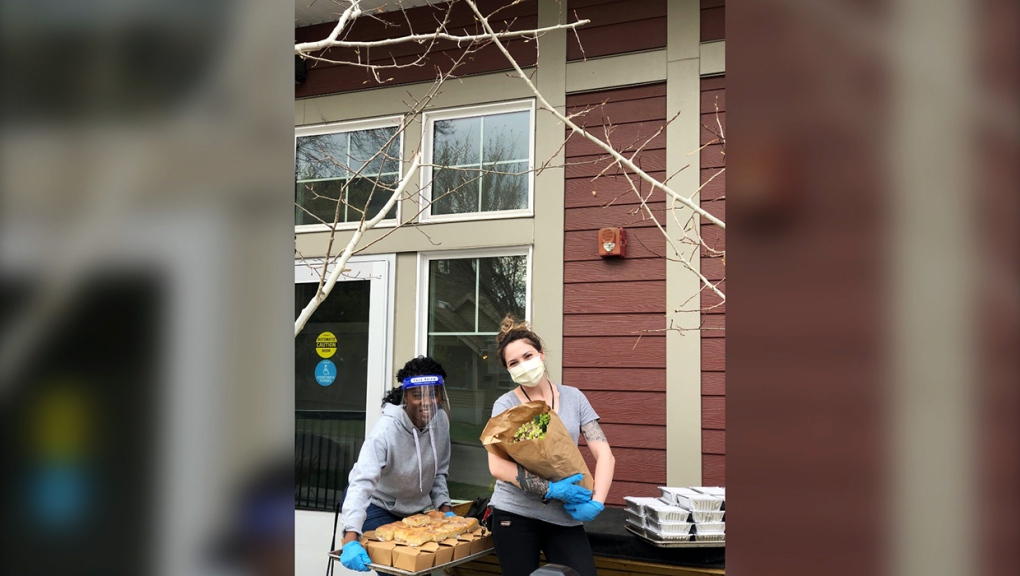 CALGARY -- It was a Michelin star kind of night for 50 residents of the YWCA Friday.

That’s because 50 residents of three different YWCA residences were treated to a meal prepared by a trio of master chefs supervised by Teatro executive chef Matt Batey, who orchestrated a meal of salad, house made focaccia, pasta bolognese and dark chocolate mousse with roasted strawberries.

The sumptuous feast -- delivered in takeout containers, in order to be consumed at socially distant locales - came about through the efforts of Calgary food journalist Julie Van Rosendaal, who kicked into action after a lot of Calgary restaurants found themselves blindsided Wednesday by an announcement that they weren’t going to be permitted to reopen their doors until May 25 due to the city being a COVID-19 hot zone.

That information came late for many restauranteurs, who spent money and booked staff, only to be told they were being put on hold for 11 more days, which doesn't work for a restaurant like Teatro, explained Batey, in an interview with CTV News.

"You can only imagine the emotional rollercoaster of working towards the 14th, recalling staff, ordering food - the highest quality of food is what we serve at Teatro - only to then be put on pause," he said. "And frankly, 11 days is a little too long to keep it in the fridge."

That's when Batey connected with Van Rosendaal, who works with a group of Calgary food pros including several SAIT instructors and the folks at Rouge, to do a weekly community fundraiser, about the possibility of preparing dinner for the residents of the YWCA.

“I don’t think people realize the expense of reopening,” Van Rosendaal said, in a message to CTV. “It’s a huge risk, and I’ve heard more than one restauranteur say they have one shot at it - if it doesn’t work, or there’s a second wave and they have to shut down again, they’ll be out of business permanently." 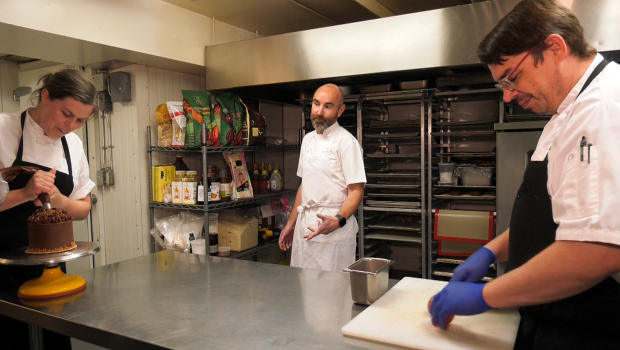 “I knew a lot of restaurants would be in this position,” Van Rosendaal wrote, continuing, “and some, like Teatro, are more focused on fresh, perishable ingredients and aren’t as well suited to pivot to takeout.”

Batey jumped on the opportunity.

"To be able to find a home for it (the food), and to be able to give back was a really awesome opportunity that really speaks volumes of what every Calgarian is attempting to do at this time," he said, "(which is) band together, and take care of each other."

Van Rosendaal also knew about the women in the community housing program at the Y who share a communal kitchen and are encouraged to eat together, so she connected with Batey, who worked together with his Chef de Cuisine Daniel Pizarro, who pulled together the menu.

The meal was provided to the Y at cost, allowing Teatro to recoup some of their expenses, and the cost of everyone’s meal was paid for by sponsors (mainly Van Rosendaal and her family).

Teatro was named to Avenue Magazine’s Top 20 Restaurants of 2019, and it has frequently landed on best of lists for over two decades now.

“The base recipes are still rooted in classic Italian cuisine,” it said, “but dining here isn’t stale. Instead, a meal at Teatro is timeless.” 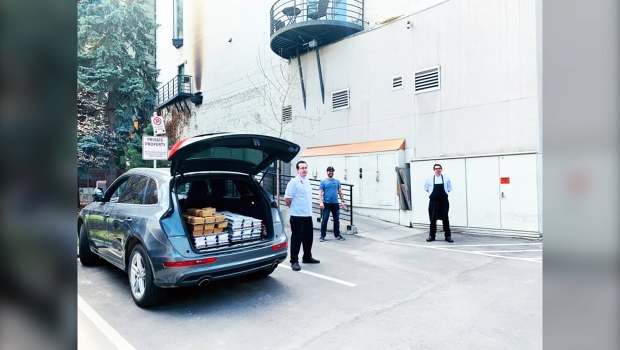 What isn't timeless are vegetables, which need to be eaten.

"The thing that's really important," Batey said, "is that healthy, nutritious food has such a massive impact. It's not just about feeding people; it's about getting high quality food to people and ultimately being able to avoid the downstream implications of poor nutrition - so we served them a salad (With fresh shaved garnishes, beautiful lettuce and a roasted shallot vinaigrette) and I'm really proud of that."

What Van Rosendaal hopes is that there’s ways to support vulnerable communities and the city’s restauranteurs - and to maybe score some chocolate truffles and strawberries along the way. 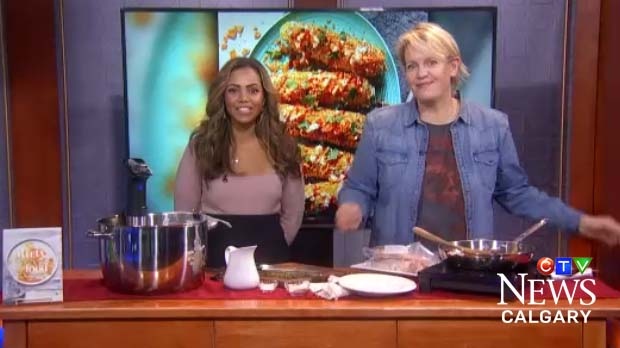 “There’s a great opportunity here to work as a community to think of creative ways to engage and support restaurant kitchens, who really need support right now,” said van Rosendaal, “to help feed the increasing number of vulnerable Calgarians.”

The quick, delicious turnaround by Calgary's foodie community was much appreciated by YWCA CEO Sue Tomney, who said, "It's wonderful to have such great community partners who were able to help YW's front line teams at the time to ensure women in our shelter and housing have access to healthy food options while limiting their exposure in the community."

For Batey, it was a great example of a time when the city came together and rose above a difficult moment that everyone is living through.

"It was just a really cool opportunity," he said, "to be able to do something that's a bit larger than all of us." 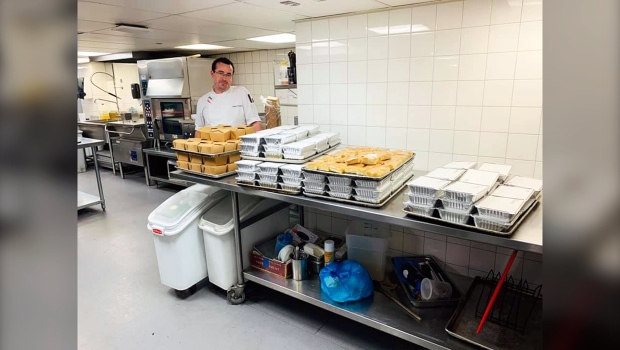