Divorce during the downturn: Families struggle after splitting up, navigating system

CALGARY -- Dealing with a divorce is one of the most difficult things families can face.

With job losses and decreased income, some Alberta families are falling behind on support payments. Some say trying to navigate the system designed to enforce it has pushed them to the financial and emotional brink.

"All I want to do is feed my family," said Brent Morris, a divorced father who said he has not been able to consistently keep up with his court-ordered support payments from his divorce in 2012.

It may place restrictions on an individual's drivers licences and passport until their monthly court-ordered amount is accounted for.

MEP suspended Morris's driver's licence for a time, which he said stifled his vehicle-dependent work in junk removal and moving. He also cited Alberta's weak economy for slowdowns with his business since his divorce.

"(I'm) really scrambling to make sure (my) kids are provided for, to have their school fees paid for and have a roof over their heads." 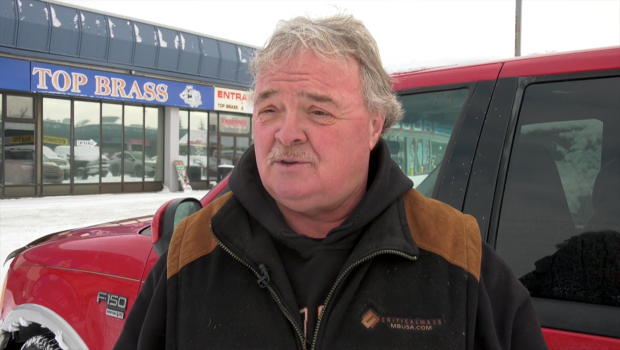 Morris has returned to court since 2012 but said he still needs a solution to address his financial situation.

"They tell me that they can't deal with it," he said. "You have to go back through the courts and you go before a judge and the judge says, 'Nope, you have to talk to MEP and deal with it.'"

Lawyers have observed families feeling tossed between the program and the family court system.

Divorce lawyer Wayne Barkauskas said only a judge can change a court order, and getting in front of one is difficult.

"The court process is slow enough now and judges have little time to really consider cases the way that they used to that there's more opportunity for things to fall through the cracks," said Barkauskas, who's also past chair of the Canadian Bar Association South Alberta Family Law Section.

Pushed to the brink

Other families said the restrictions MEP can place on a support payor can result in catastrophic consequences.

Miranda, whose last name is being withheld to protect her identity, said her romantic partner was dealing the program, lawyers and court proceedings with his ex-wife over the duration of their relationship.

"He honestly tried everything," she said.

She said the loss of his driver's licence and passport humiliated him, restricting him from resuming work in the United States.

On Oct. 3, he died by suicide in the home the couple shared.

"There needs to be change (in the support payment system)," Miranda said. "People cannot be paying with their lives."

There is no increase in the number of people who make payments through MEP over the last three years, according to a statement sent to CTV News.

Each file is handled with a dedicated case manager as of February 2018, which the agency said has led to "greater consistency."

The Child Support Recalculation Program is an annual opportunity for payors to have the support amounts adjusted based on income tax information.

"However, at all times, the MEP would rather work with payors to find reasonable solutions, than to take enforcement actions," said Lisa Glover, communications advisor with Alberta Justice and Solicitor General.