Electric vehicles are a hot topic in southern Alberta 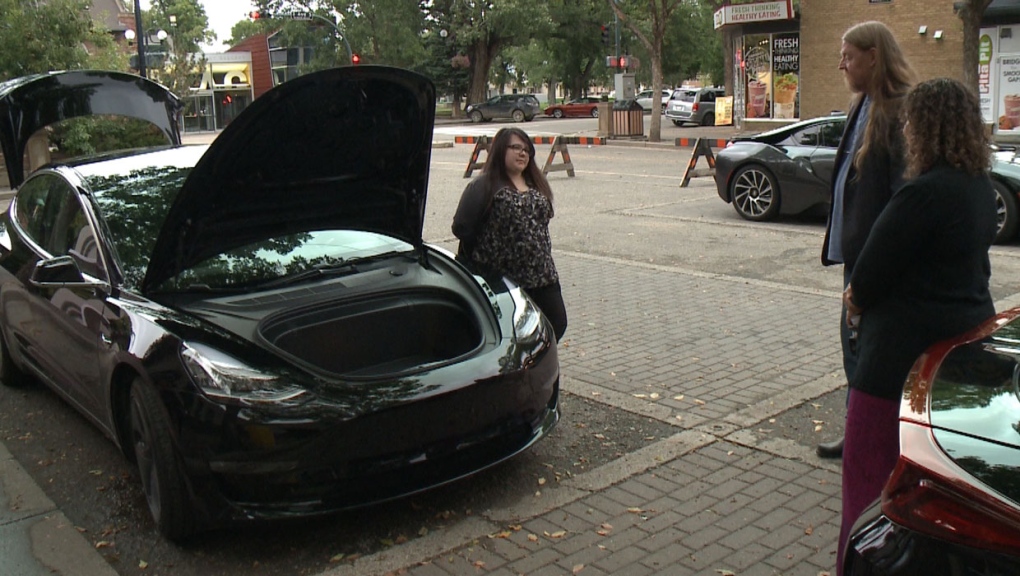 People interested in electric vehicles were able to learn more about the technology from the people who drive them during a special event in Lethbridge.

As green technology for vehicles continues to grow in popularity, attendance at a seminar in southern Alberta Wednesday showed plenty people want to switch to electric.

FreeU, a series of informal education sessions about electric power and climate change, helped participants to learn more about the world-changing technology.

Also included at the talks was a special electric vehicle meet up, where people interested in the technology could learn about it, first hand, from drivers who've already gone gasless.

Eric Marshall, who owns a Tesla, attended Wednesday's event and says he is never going back to combustion engine. He says his whole family already has one of their own or are considering buying one in the future.

"That's kind of a warning or a caution or whatever you want to call it. You get addicted to these things and that's a good example."

James Byrne, a professor of geography at the University of Lethbridge says people are much more willing these days to look to alternatives for their driving needs.

"The internal combustion engine is on its way out. It served us well, but electric vehicles are much cleaner."

According to the Canada Energy Regulator, the average range of electric vehicles in Canada have almost doubled in the past six years.

The agency also predicts a massive decrease in gasoline and diesel use (359 petajoules and 92 petajoules respectively) in Canada by 2040. In that same timeframe, electricity use is expected to increase by 118 petajoules.

The country is also developing its network of fast charging stations, so running out of juice will be less of a worry for prospective buyers.

"They have just about Interstate in the U.S. covered," Marshall said. "In Canada, they're building out the [Trans-Canada Highway] right now."

Future FreeU seminars are currently being planned out.