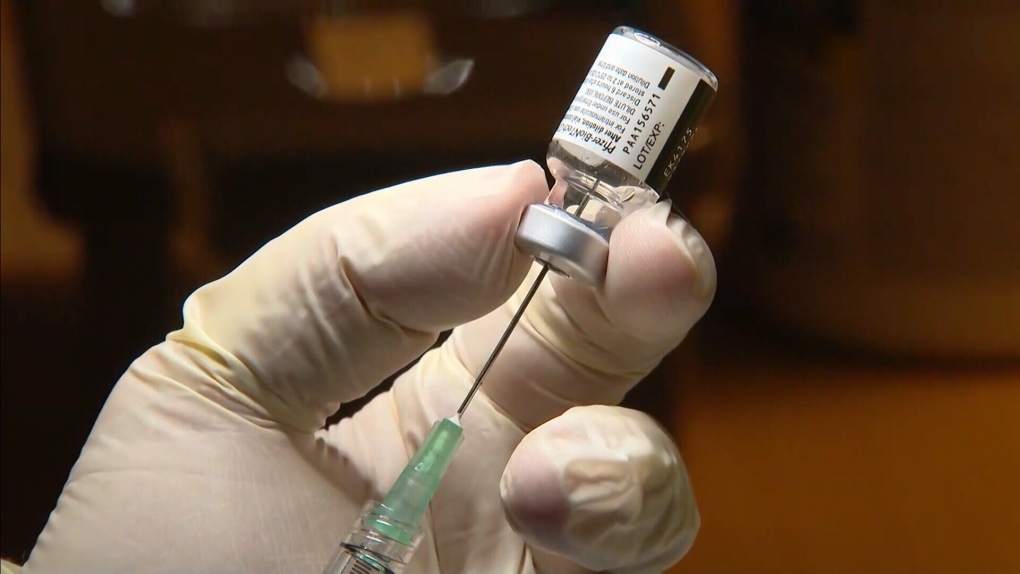 Health Canada has approved four COVID-19 vaccines for use on Canadians so far. (File)

“In the interest of the greater good, if we all want to do our piece to end the pandemic as soon as possible, then it is in everyone's interest to get the first vaccine that's available to them that has shown to be safe in their setting,” said Dr. Ameeta Singh of the Royal Alexandra Hospital and University of Alberta in Edmonton.

“I already hear from friends and patients that they are deliberately making a decision to delay receiving the vaccine until they can receive a vaccine that they would prefer to have.”

Premier Jason Kenney was asked during a Facebook question-and-answer session earlier this week whether Albertans would be able to choose their shot.

So far, Canada has approved vaccines from Pfizer-BioNTech, Moderna, Oxford-AstraZeneca and Johnson & Johnson. The AstraZeneca vaccine is not being offered to Albertans over 65 as its efficacy in that age group remains in question.

Kenney, 52, said he expects he will be able to choose his vaccine when his turn comes.

He said some people have raised ethical concerns about the AstraZeneca shot because it was created using fetal stem cell lines. Some may also have preferences based on what they've learned about each vaccine's efficacy.

“I've been clear with our health officials here that people must have a choice, partly to reflect their conscientious concerns that they might have on those ethical issues.”

The Canadian Conference on Catholic Bishops said in a note earlier this week that choosing to be vaccinated can be an “act of charity which recognizes the need to care for others.”

“Since there is currently no choice of vaccine being offered, Catholics in good conscience may receive the vaccine that is available and offered to them.”

But the bishops said, if given a choice, Catholics should opt for the vaccine least connected to abortion-derived cell lines. In Canada, that would mean picking the Moderna or Pfizer vaccines over AstraZeneca or J&J.

The province's chief medical officer of health, Dr. Deena Hinshaw, said Albertans who are now eligible for the AstraZeneca vaccine can choose to get that shot or wait until a different one is available to them.

Health authorities have not worked out how people will be able to choose once there are multiple types of vaccines available, she added.

Singh said data from countries that have used all four of the vaccines that Canada has in its arsenal show each is effective in preventing serious illness, hospitalizations and deaths. The Pfizer and Moderna vaccines seem to be better at preventing mild illness.

“It shouldn't be considered a big deal to get what is essentially a mild cold or upper respiratory tract infection,” she said. “Most of us have those every year and recover very well from them.”

Singh said Canadians are fortunate to have so many different vaccines at this stage.

“That's actually a luxury and a privilege, which hasn't been afforded, of course, to so many others.”

This report by The Canadian Press was first published March 12, 2021