EXSHAW, ALTA. -- Residents living on the east side of Exshaw have now spent more than a week trying to work against water that is flowing into their yards and basements.

Some of the homeowners living in the hamlet, located west of Calgary, believe a recent flood mitigation project is to blame for the damage. They’ve had flood pumps running in their homes since May 23.

"As the days progressed, the water levels just kept rising and I’ve had to keep adding more pumps and more pumps to the point that I’m at seven now," says Kelly Suchan, who has lived in Exshaw for 23 years.

Exshaw was badly flooded in 2013. Mitigation work was done to protect the community, including a $10 million project on Exshaw Creek. The project was designed for a one-in-500-year flood event and provides a way to collect debris before it reaches Highway 1A. The creek was also dug deeper and wider to contain water flow.

However, some people wonder if that work is preventing the water from flowing into the river and sending it into the hamlet instead.

"Anybody that’s been here for any length of time could tell you this is not normal," says Brian Thompson

Officials with the M.D. of Bighorn dispute that idea. Reeve Dene Cooper says engineers were brought in to study the project and the current flooding.

"It is highly unlikely that these mitigations are influencing the water infiltration in east Exshaw," Cooper says. 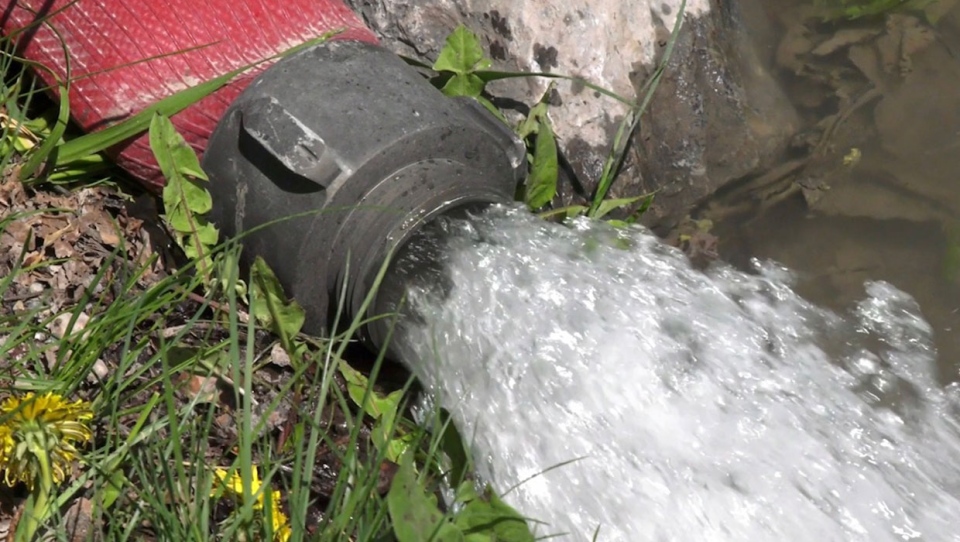 Thompson has lived in Exshaw for 33 years and has experienced several floods. He says this year seems different, with groundwater bubbling up into yards and basements.

"We’re being fed a bit of a line. That’s how I feel and most people down here feel the same way," he says.

Cooper expects water pumping to continue for several weeks. Twenty homes in the hamlet have significant amounts of water inside, while another 20 are experiencing minor damage and 20 more could be immediately impacted if the area receives substantial rain, Cooper says.

The M.D. is now working with a hydrogeologist to investigate the groundwater levels, but the results won’t be known for weeks.