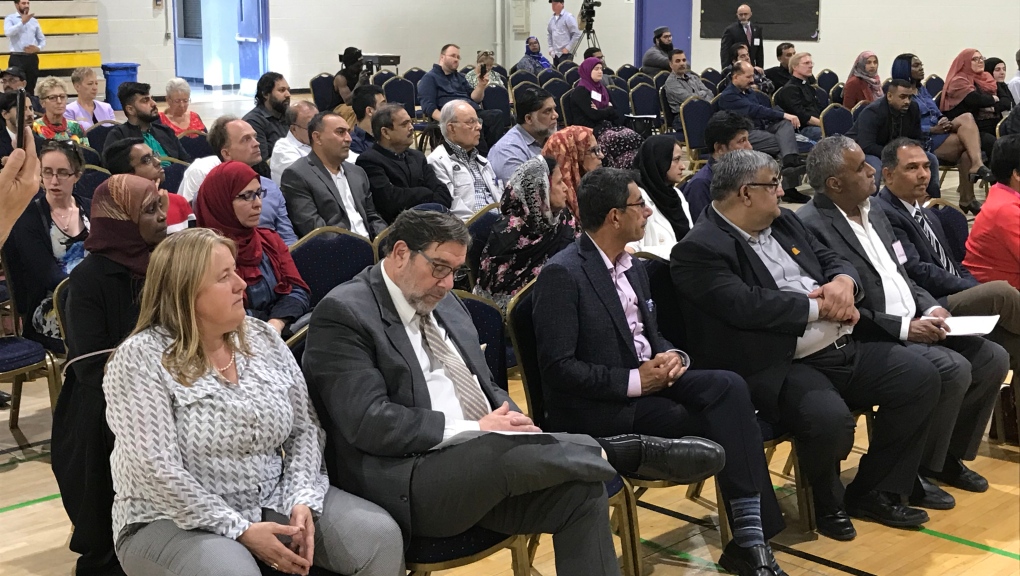 Members of the I-CARE taskforce gathered on Wednesday as part of their ongoing effort to eliminate hate, racism and violence

The I-CARE (Interfaith Community Approach Resisting and Eliminating hate, racism and violence) taskforce, a group consisting of members of more than 50 organizations and faith-based groups, gathered in northeast Calgary on Wednesday evening as part of their ongoing effort to eliminate racism, violence and other forms of hate from society.

"We can just work in our little silos trying to fight racism, hate, discrimination and we can just go so far," said Saima Jamal, one of the founding members of I-Care. "Together we can go much further."

"People from all different religions and community groups were sitting in one round table. Just to see these people coming together and working together, it just brought so much happiness to my heart."

According to Jamal, the taskforce will be conducting a research study this summer into the genesis of hate and the fallout from Quebec's Bill-21. "As much as we celebrate our diversity and multi-culturalism (in Canada), it is also creating a lot of tension. It is very important that we come together and solve this problem."

Bill-21 prohibits public servants, including teachers and police officers, from donning religious symbols and clothing including hijabs, turbans and crucifixes. The taskforce wants local politicians to see the potential dangers with the controversial bill that they consider to be the legalization of discrimination.

The taskforce was created in response to the Christchurch mosque shooting in New Zealand and recent spikes in violence against marginalized groups in Canada and around the world.