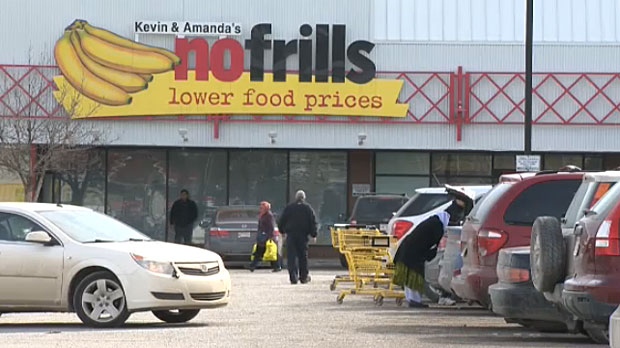 Calgary police are investigating after a 91-year-old Sikh man was allegedly attacked in the parking lot of this northeast grocery store on March 16, 2018.

A family in northeast Calgary is stepping up and demanding justice after an elderly member of their family, a turban-wearing Sikh, was allegedly attacked last month.

While on a visit to the No Frills grocery store near Temple Drive N.E. on March 16, Harjit Singh Rai, 91, was accosted by a man in his 40s who pushed him and yelled obscenities at him.

“He was getting out to go to the grocery store. There were no issues at all when he was in the parking lot. He opened up his door and he came out and he was confronted by a white male of the age of approximately 45 who then pushed him,” said Calgary MP Deepak Obhrai, whose constituency the assault allegedly took place in.

Obhrai says the attack continued with Mr. Rai being pushed so violently that he fell to the ground and his turban fell off his head.

Suritam Rai, the victim’s son, says that that is a very serious insult to the Sikh religion, but he is much more concerned with the assault, because he and his family feel it was a hate crime.

"We thought about this after discussing it with the family and we feel that he was attacked because he was a Sikh. He was the only turban-wearing Sikh in the parking lot and there were no other issues at all other than what happened in the parking lot after he parked his car.”

Rai says his father works very hard and has never been involved in any kind of assault before.

Obhrai said that the victim is a highly respected member of the Sikh community and of Calgary as well.

The senior is now at home, recuperating after suffering some injuries to his hand, shoulder and head.

The man who attacked him was caught at the scene and has since been charged by Calgary police.

Obhrai says that this sort of incident has never happened in his constituency before and it is very troubling to hear about.

“The issue here is very concerning to us; that Mr. Rai was targeted because he was a Sikh. That shows again that intolerance and hate crimes are still prevalent in our city,” he said. “For that reason, it is absolutely important that when these incidents happen that we highlight it and that we expose it so that we can then address the issue on how to tackle this intolerance that exists.”

Rai says his family has lived in Calgary for the past 35 years and they call Canada their country and their home. He also wants to make sure that this never happens to anyone else.

“We don’t want this thing to happen to anyone else. It’s not because it’s my dad, it’s because we live in a respectful environment and we expect the same.”

Calgary police say the suspect has been charged with one count of assault and the case has been brought to the attention of the CPS Hate Crimes Coordinator who will determine if there is enough evidence to show hate was a motivation.

Officials add that there is no additional criminal charge if it is determined that the assault was caused by hate, but it is considered to be an aggravating factor during sentencing if the suspect is found guilty.