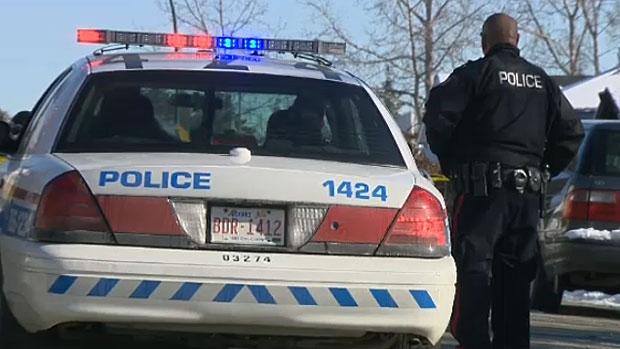 Calgary Police Chief Rick Hanson says that officers made the right decision when they fired on a man who drove a stolen pickup truck at them in Radisson Heights.

The family of a 23-year-old man shot by police fears he may never walk again, but Rick Hanson, Calgary’s Chief of Police, says officers made the right choice in the situation.

Matthew Brown is currently in intensive care, with a bullet still lodged in his neck. Some of his vertebrae have been broken and he is currently breathing with the help of a tube.

His family says Brown has a sleep disorder and had pulled over to the side of the road, like many times before, to take a nap.

He woke to see officers at his vehicle.

Chris Brown, the victim’s brother, says Matthew was a careful person. “He’d rather slow down for a minute and take control of the situation rather than hurt somebody or possibly himself.”

What happened before the fateful events in Radisson Heights on Tuesday was anything but.

Police say, according to witnesses, Brown drove at the officers, attempting to run them down.

Police Chief Rick Hanson says the officers made a quick decision. “As police officers, we have a duty to protect life. The officer made a split second decision based on the circumstances as they rapidly unfolded in the belief that others were at risk.”

The family says that police over-reacted to the situation, but Hanson doesn’t believe that that’s true.

“I’ve been a cop for 39 years and I’ll tell you what usually happens when you approach someone who’s asleep at the wheel – they may be startled, but their first impulse is not to bolt.”

Brown has been in trouble with police before, serving four years in jail.

His family insists he was trying to make a fresh start. They also have many questions about the shooting incident itself.

Hanson says that the questions about the incident will be left to ASIRT.

He won’t reveal which officer fired their weapon or from where the shot came.

He does say, however, that the officer did what he was trained to do. “I can safely say the response from the person they approached was such that the members felt that their lives – at least one of the members – safety was put at risk.”

Hanson adds the vehicle Brown was in was listed as being stolen, which also played into the snap decision making on the part of the officers.

Brown remains in critical condition and both officers who were involved have been suspended with pay for 30 days.