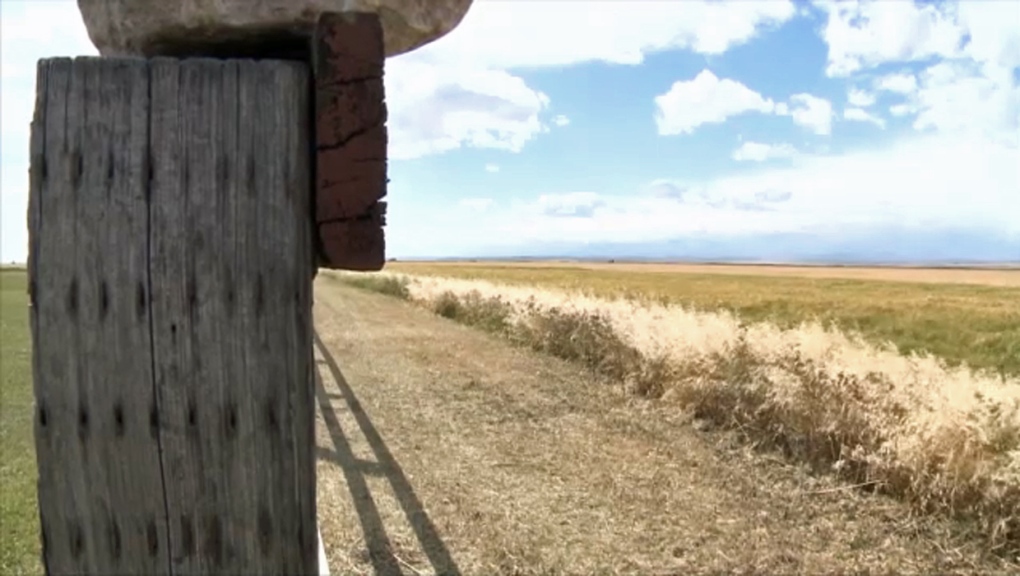 The Federal Court of Canada has determined the federal government shortchanged the Blood Tribe by more than 160 square miles in the division of land under the Blackfoot Treaty of 1877.

In a decision released Wednesday, Justice Russel Zinn found Canada liable for breaching the treaty and failing to follow the Treaty Land Entitlement formula that would have created a 710 square mile (1,840 square kilometre) Blood Reserve.

The current size of the Blood Reserve is 547.5 square miles (approximately 1,420 square kilometres).

"If you look at the claim, it pretty well spells out why we needed to make this claim," Chief Roy Fox told CTV Lethbridge following the decision. "There was a lot of skullduggery that took place at that time when the surveys were being made by government people and their cronies."

The Blood Tribe initially brought the land dispute to the courts in 1980 over concerns Canada failed to provide the one square mile for every five members, based on the population of the time, outlined in the agreement.

The Blood Reserve, which is situated between Lethbridge and Cardston, is currently the largest reserve in Canada.

A hearing will be scheduled to address compensation for the Blood Tribe. The federal government has 30 days to launch an appeal of the decision.