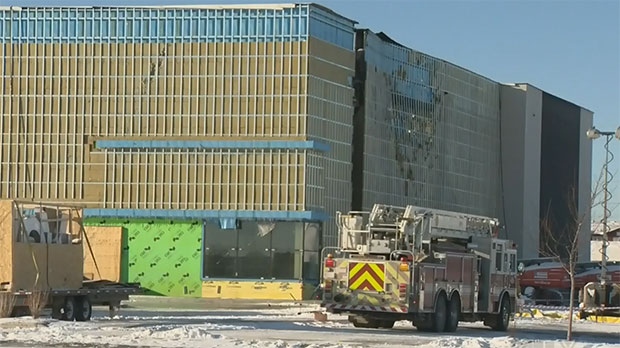 The wall of the theatre had to be torn down after the fire so investigators could get in and assess the damage.

Investigators have determined that a fire at a movie theatre complex that was under construction in the city’s southeast was caused by an electrical failure in the VIP1 Auditorium.

Emergency crews were called to the Cineplex theatre in Seton at about 7:00 p.m. on November 5th for reports of a fire.

Smoke was pouring out of the theatre when crews arrived and a second alarm was called in to bring additional apparatus to the scene.

The VIP1 Auditorium sustained heavy damage and there was smoke damage throughout the building.

Major electrical systems and HVAC units on the roof were also impacted.

Firefighters had to wait a few weeks to enter the building to assess the damage because the structure was deemed unsafe and unstable.

The investigation is now complete and officials say the fire started in the second row of the VIP1 Auditorium and was caused by an electrical malfunction.

Officials at Cineplex say the theatre is expected to open in the spring of 2018.