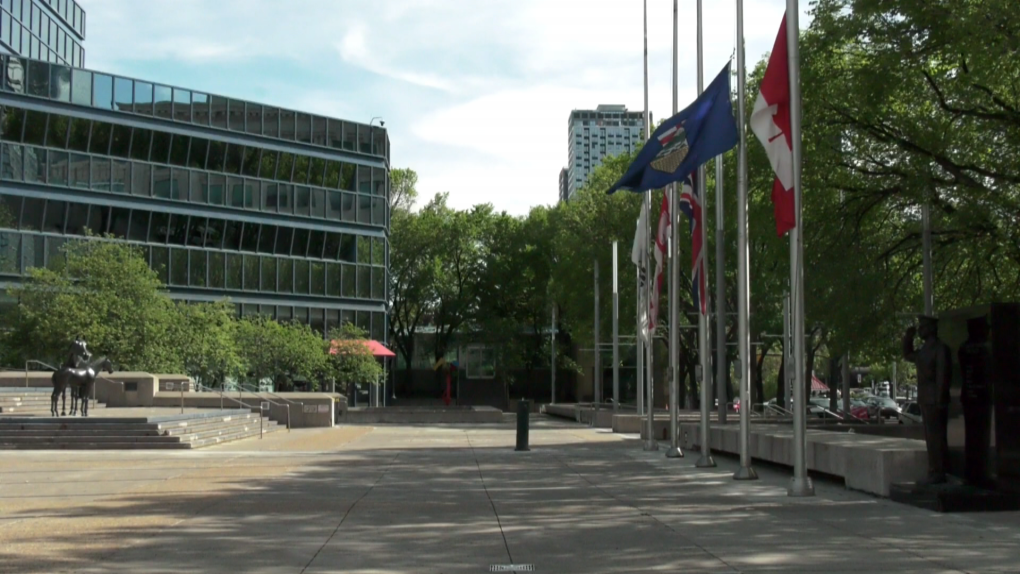 The flags outside the Calgary municipal buildings at half-mast on Sunday to honour the lives of the children found dead at the site of a former residential school in Kamloops, B.C.

CALGARY -- A vigil meant to draw awareness to and remember the children whose remains were found at a former residential school in Kamloops, B.C., drew hundreds of people to Calgary city hall Saturday evening.

The event, organized by Cree8.ca, took place at 9 p.m. and was aimed at allowing the residents of Calgary a time to reflect on the tragedy that was unearthed last weekend at the site of the Kamloops Indian Residential School.

The remains of 215 children were discovered through the use of ground-penetrating radar. Officials say the school, which opened in 1890, was the largest in Canada's residential school system.

Organizers of Calgary's vigil say they also wanted to honour all of the families who were impacted and grieve and pray together. 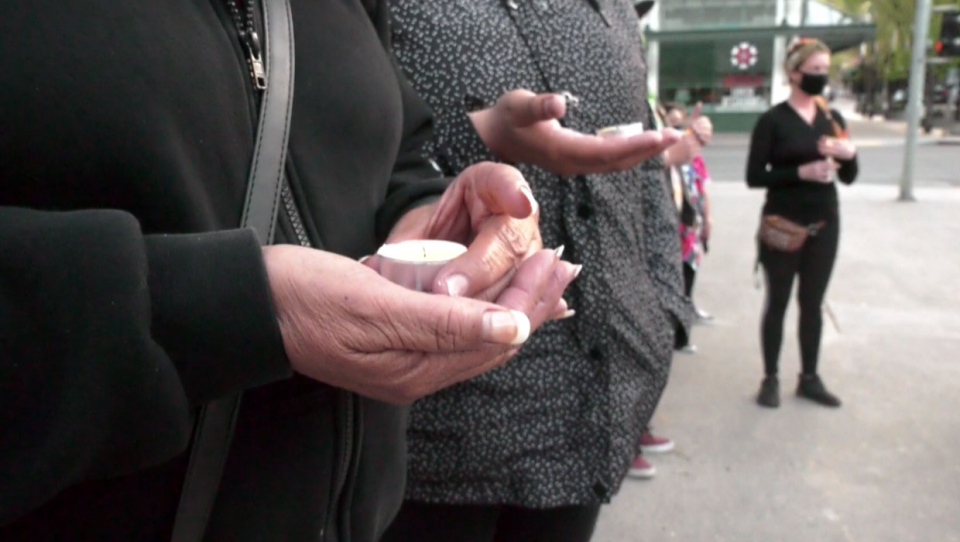 "There is no way that any scholarly professors, politicians, can say that this is cultural genocide – I don't ever want to hear that again," said Kelly McGillis.

"This is genocide. And if you think about it there were 130 residential schools and in one school – that is a concentration camp."

Following the vigil, officials with the City of Calgary confirmed that the flags at all municipal buildings would be lowered, taking part in the same initiative along with many other major Canadian cities. 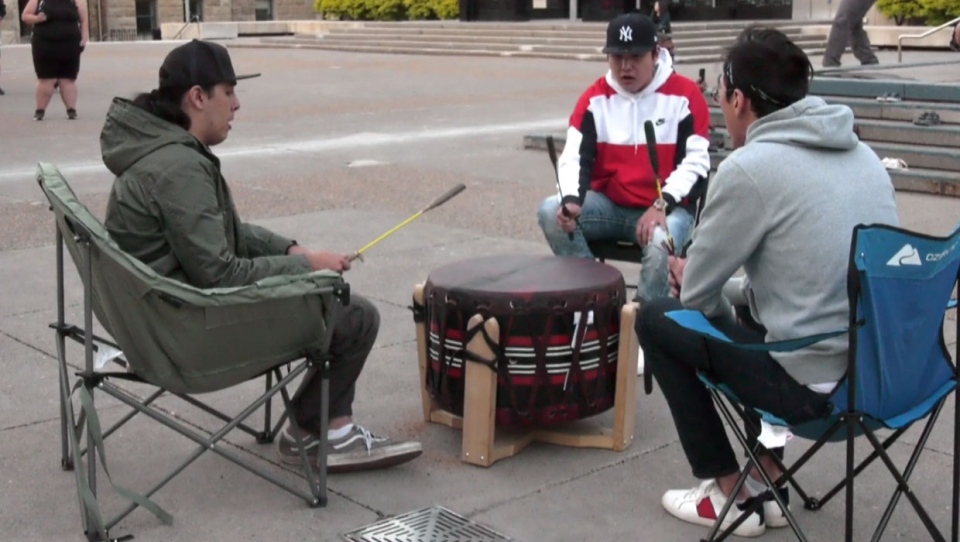 The Prime Minister said Sunday that the flags at all federal government buildings will be lowered out of respect of the victims.

To honour the 215 children whose lives were taken at the former Kamloops residential school and all Indigenous children who never made it home, the survivors, and their families, I have asked that the Peace Tower flag and flags on all federal buildings be flown at half-mast.

The Tk’emlúps te Secwépemc First Nation is now working with the Royal British Columbia Museum to see if any records of the deaths can be found.

(With files from CTV News B.C.)