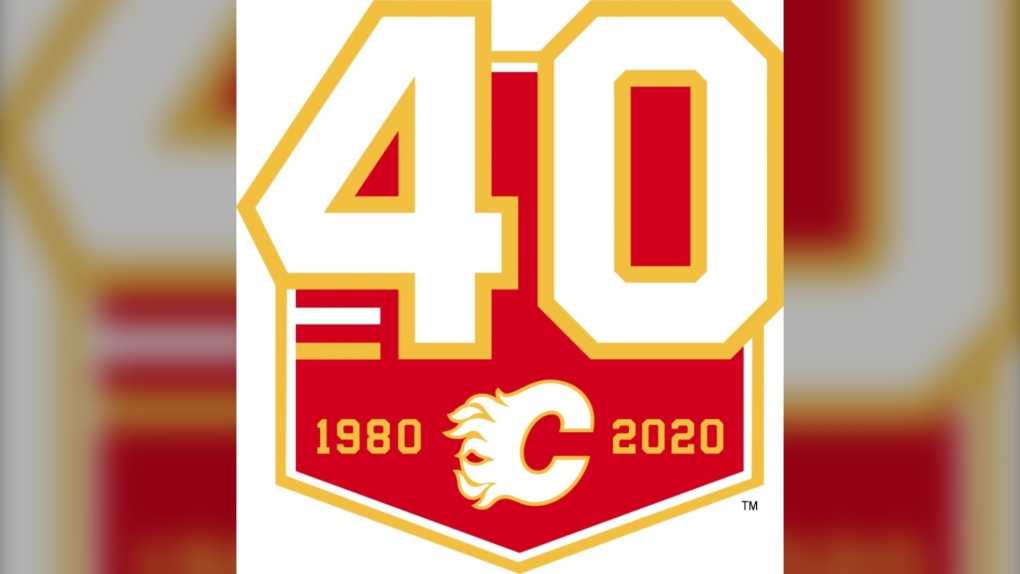 The Flames will have this logo at centre ice for the 2019-2020 season to celebrate their 40th anniversary. (Calgary Flames)

The Calgary Flames will have a new logo at centre ice this season.

In celebration of the club’s 40th anniversary, the logo will feature a giant ‘40’ emblazoned in the team’s red and yellow colours.

Originally formed in 1972 as the Atlanta Flames, the team relocated to Calgary in 1980. They played their first three seasons in the old Stampede Corral before moving to their current home, the Saddledome, in 1983.

A 30-second video posted to the team’s website to promote the new logo shows several iconic scenes captured over the years, including a beaming Lanny McDonald with the Stanley Cup after the team’s 1989 championship and broadcaster Peter Maher calling Jarome Iginla’s 500 career goal, including his famous phrase, “Yeah, baby!”

The logo will sit at centre ice for the 2019-2020 season. The Flames' first preseason game goes Sept. 16 against the Vancouver Canucks and the regular season begins Oct. 3 on the road against the Colorado Avalanche.