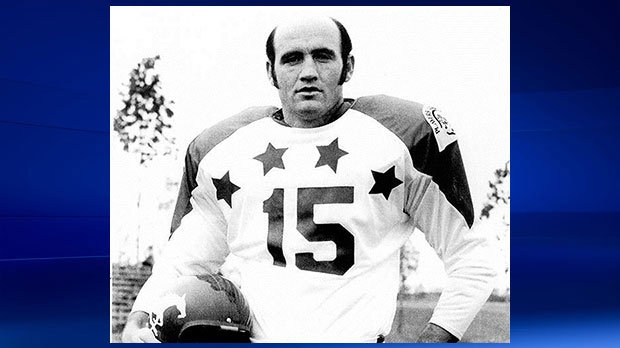 Larry Robinson had a franchise-record, 50 career interceptions and was a three-time West all-star at defensive back. (Supplied)

The CFL and Calgary Stampeders are mourning the death of Larry Robinson who was one of most decorated players in franchise history.

Robinson was a native Calgarian and went to high school at Western Canada and also attended Mount Royal College.

He played for the Stampeders for 14 seasons as a kicker, receiver and defensive back.

Robinson played in over 200 regular-season games and 36 playoff matches and was the first person in the league’s history to score 1000 points.

After hanging up his cleats, he worked in the oil and gas sector until he retired.

The Stamps say when he played he never missed a game and that he continued to be involved with the team as an alumni.

Robinson is survived by his wife, Donna, four sons and ten grandchildren.