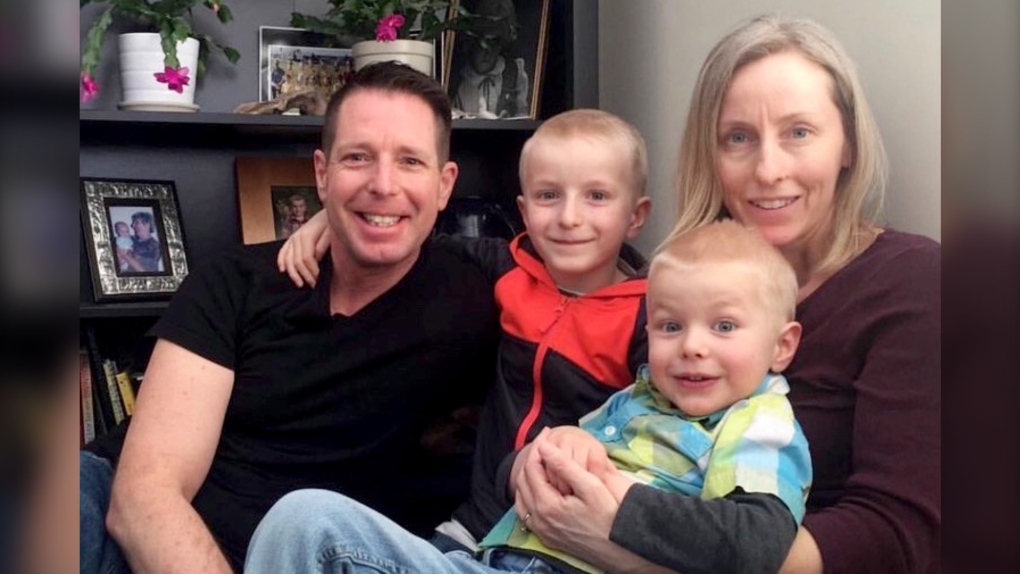 CALGARY -- Friends are rallying around an Okotoks family that lost a father and young son in a highway crash in the B.C. Interior over the weekend.

On Sunday, Mike Cochlin, 47, was travelling back to Alberta with sons Liam, 8, and Quinn, 6, on Highway 5A near Stump Lake when their vehicle left the road, went over a concrete barrier and down a steep embankment.

That stretch of Highway 5A is a rural road running between Kamloops and Merritt.

Friends said Mike had taken his sons to B.C. for a "special boys trip," and they were on their way home when the crash occurred.

When emergency crews arrived, Mike was pronounced deceased at the scene while the two boys were taken to hospital in Kamloops, where Liam later died.

Quinn was flown to Children's Hospital in Vancouver where he died Wednesday. Friends called Quinn a "hero" as his heart, liver, and both kidneys will be donated.

Friends have also started a GoFundMe account to help the family with medical and other expenses. By Wednesday afternoon, it had raised more than $27,000 toward its $100,000 goal.