From addiction to recovery: Calgary man dedicates life to helping city's most vulnerable

From addiction to recovery: Calgary man dedicates life to helping city's most vulnerable

It’s not his day job, but Randy Cotterhill spends almost all of his spare time helping Calgarians in need.

"I changed. They can all, we can all change," he said.

Randy, 60, struggled with drug and alcohol addiction most of his life.

"I isolated, hid and just lived to get high. I didn’t have a reason to live," he said.

Early in his recovery, Randy would work nine hours in construction then drive around the city handing out food, clothing and other essential items bought with his own money.

"In my recovery, I learned that it wasn’t about me anymore," he said. 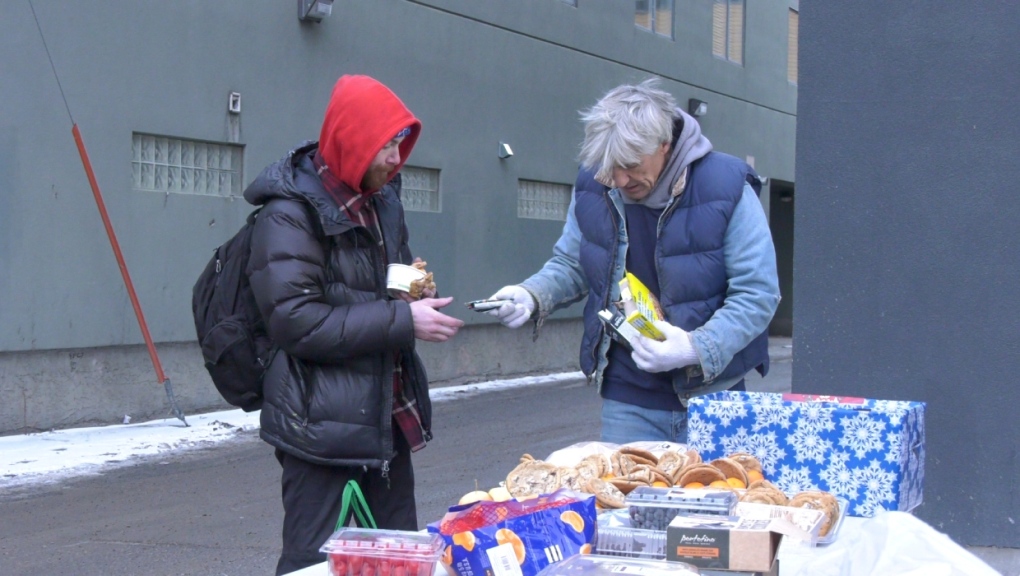 Even though the group is not a registered charity or non-profit, local agencies still chip in with donations.

Randy says it’s especially important this time of year, with cold weather posing a threat to the city's most vulnerable.

"We don’t call them homeless, we call them our street-level friends, because after a while they start talking to you and they start telling their story," he said.

From handing out hot meals, to visiting encampments or offering a place to warm up, Angels in Action has made a big difference for many people.

Randy’s van, bearing the group’s angel-winged logo and phone number, has become recognizable in the community. 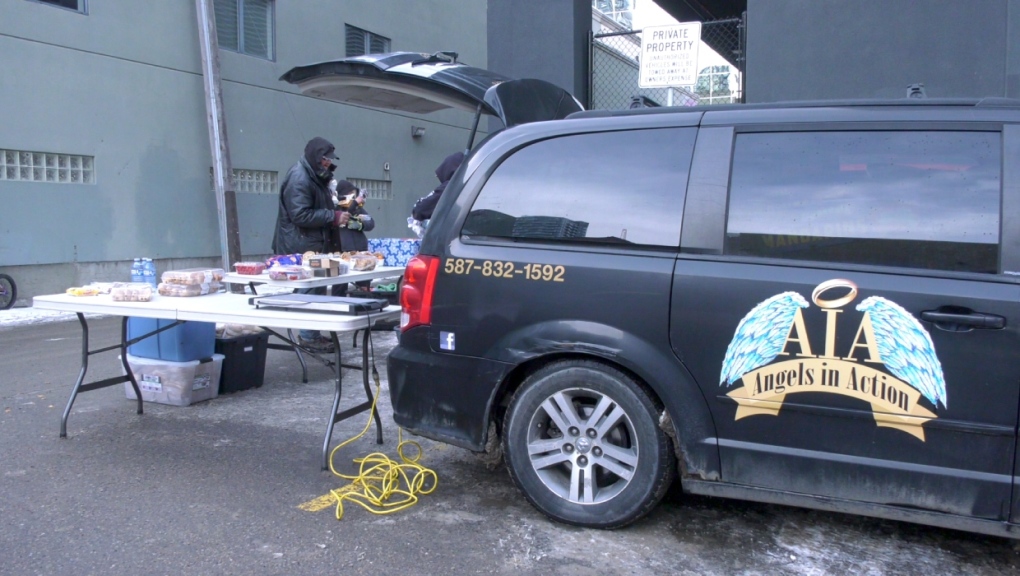 Angels in Action is a Calgary volunteer group that helps the city's most vulnerable."When they see the van pull up, they’re coming to see it because they know they’re going to get love – and that’s what it’s about," he said.

James Gerwien said his first interaction with the group was when Randy gave him a brand new pair of boots.

"My footwear was so far gone that it was just like a sieve. I had to tie bags around my feet before I would put them in my boots and the gentleman even noticed that," he said.

Since then, Gerwien always keeps his eye out for Angels in Action.

"Being homeless, there’s not a lot of people in our corner," he said. 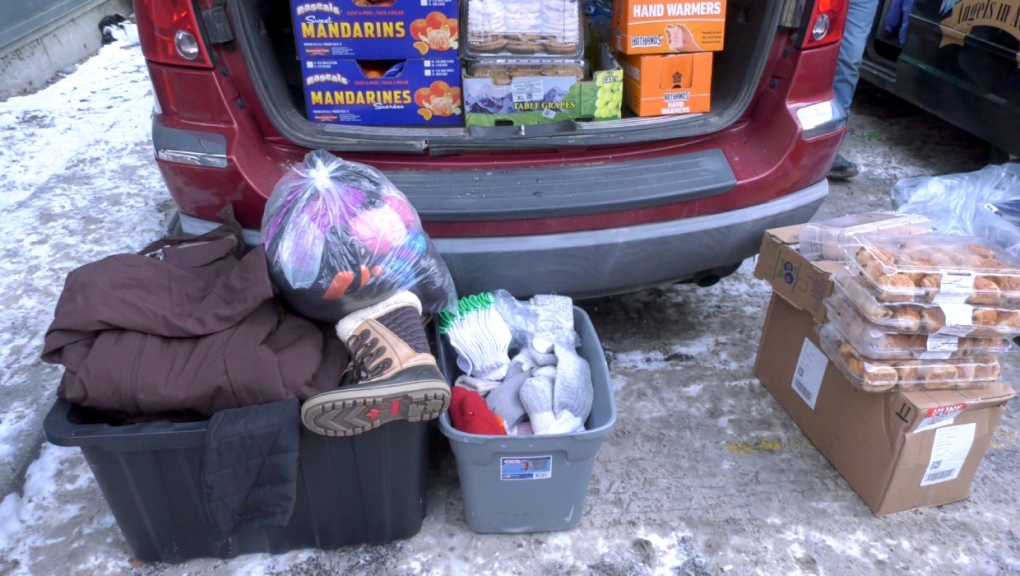 Angels in Action is a Calgary volunteer group that helps the city's most vulnerable.David Newson, who received a hot turkey dinner from Angels in Action outside the Uptown Bottle Depot, also said the group has impacted him.

"It’s like a wow factor, to be honest with you. You know, I’m a pretty prideful person, but it’s pretty cool," he said, tearing up.

Darrin Bresselaar has been with the group for just over a year, starting at the same time he began his sobriety.

"There’s stuff that goes on on the streets that people don’t know about. I know about it firsthand," he said.

"I can relate with them. I know how it feels. I know how you feel shunned in the world, right? I know how tough it is for them so, I just want to give them as much hope and support as I can."

Bresselaar added that being part of Angels in Action also motivates him to stay sober. 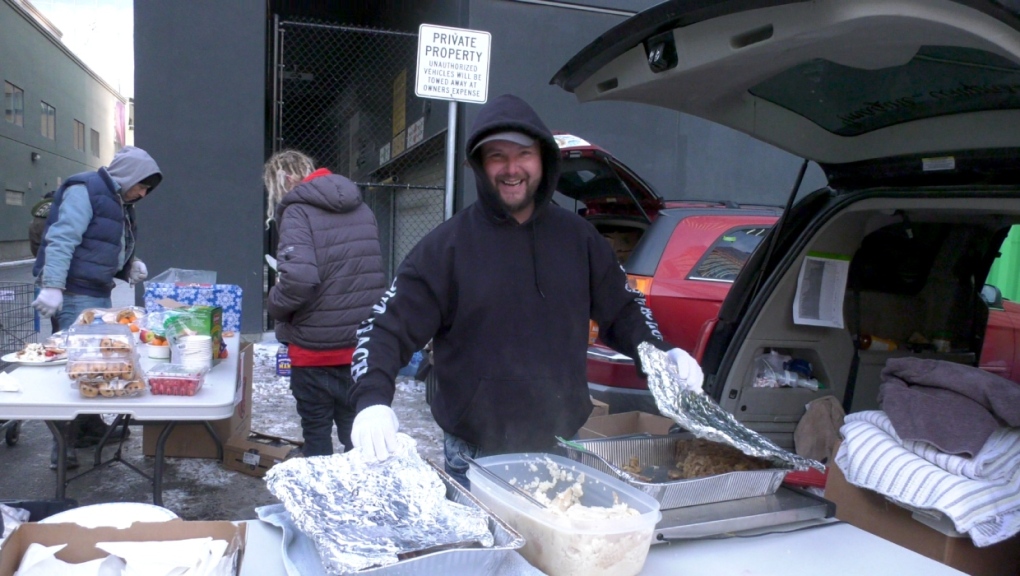 Angels in Action is a Calgary volunteer group that helps the city's most vulnerable."That reminds me of where I can go back to, and what I don’t want to go back to, and I just want to give hope to people that there’s a possibility of change. Change is possible, because I can tell you firsthand that I wasn’t a pretty soul in the past."

The group has helped Randy too. 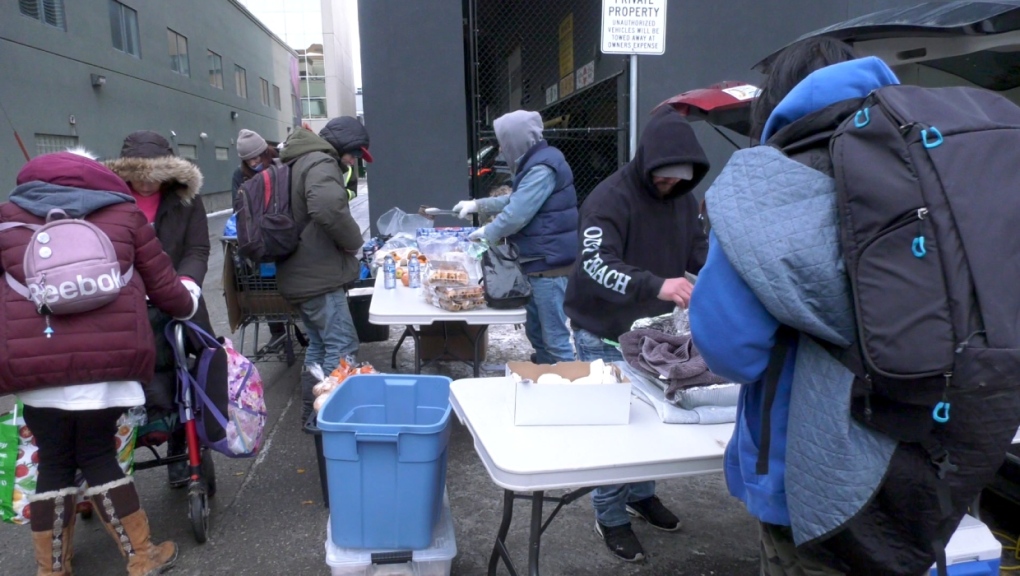 Angels in Action is a Calgary volunteer group that helps the city's most vulnerable.