Gas prices dip below 70 cents per litre in Alberta 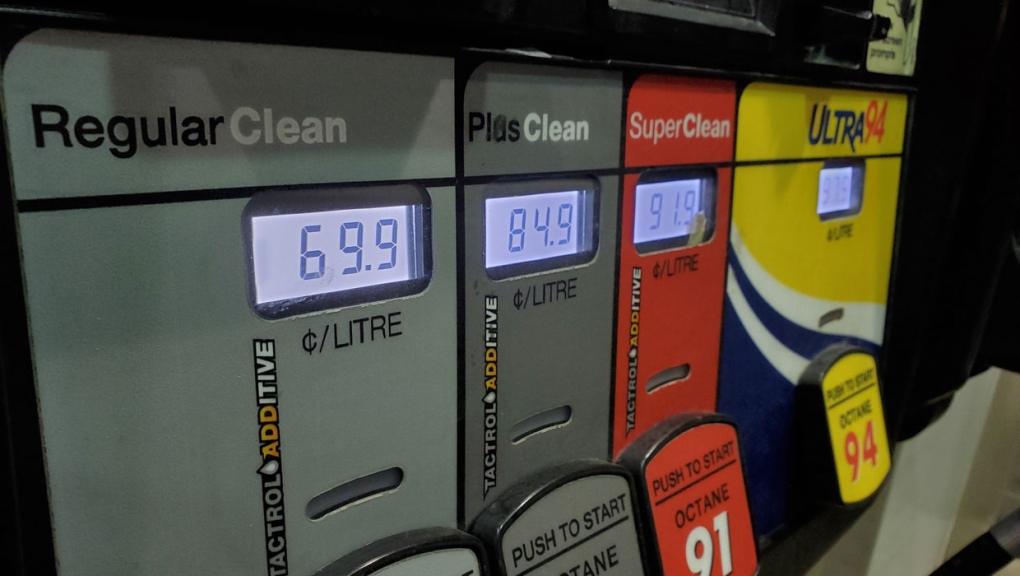 Gas prices are continuing to plunge in Alberta because of record low prices for oil.

CALGARY -- Oil prices are continuing to plummet and it's resulting in lower costs for fuel at gas stations in Alberta.

Prices at some stations in the Calgary area are reported to be 69.9 cents per litre for regular gas.

But that's not the cheapest drivers can fill up in Alberta.

According to GasBuddy.com Saturday morning, a Shell station in Wabamun, Alta. has prices at 50.9 cents per litre while another, a Petro-Canada station in Redwater, Alta., has it listed at 61.9 cents.

Stations in the Edmonton area are still, for the most part, cheaper than those in Calgary, the website indicates.

The cheapest price in the City of Calgary is 66.9 cents a litre at the Costco store in Beacon Hill while the average price is 72.7 cents per litre.

Edmonton's cheapest gas (64.9 cents per litre) can be found at a Costco store in the northwest quadrant of that city while the average price is 70.7 cents.