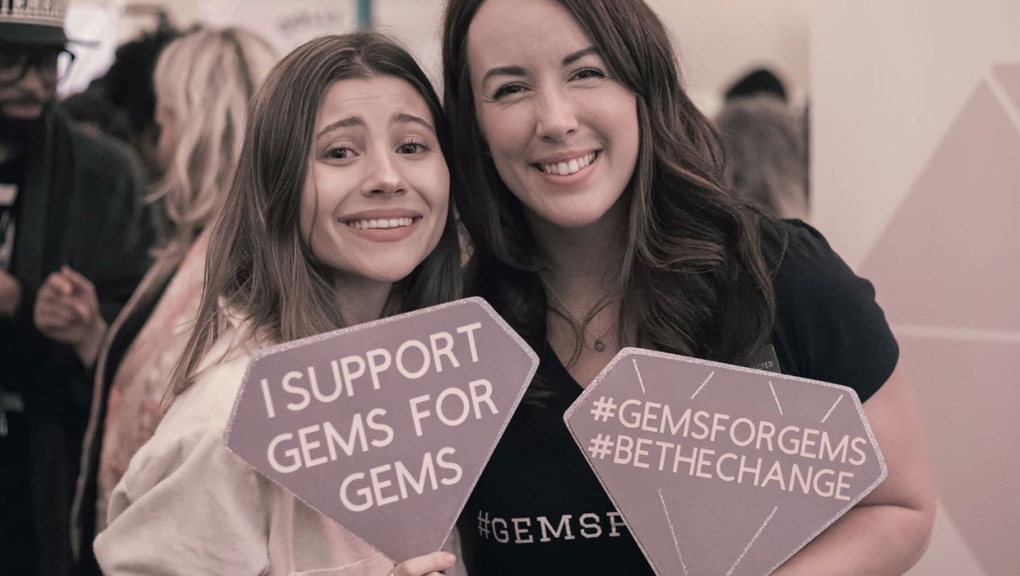 She will be co-hosting the 'Zero to Hero' program for the Calgary charity Gems for Gems on May 19.

The free event offers the chance to learn manoeuvres from a self-defence instructor, coping skills from a registered psychologist and resilience lessons from a domestic abuse survivor.

“We focus on the future and creating a life free of abuse. We never go into backstories, “ says charity founder Jordan Guildford.

The program is open to survivors and their supporters.

Calgary police Homicide Detective Dave Sweet, who is co-hosting the event, says a woman is killed every five days in Canada due to a partner relationship.

He adds that 85 per cent of domestic abuse cases are committed by men. “Men have to be part of the solution because we are absolutely part of the problem.”

Sweet’s Hollywood co-host discovered Gems for Gems at an Academy Awards gifting event in Hollywood in 2018.

Guildford was handing out bracelets made by survivors of abuse and the actress said she felt compelled to help the charity in the future.

“Just the way she approached the whole thing, it was all about strength, it was all about empowerment,” says Stuck. “I saw that she had this beautiful charity solely based on just educating survivors and really helping and giving them tools.”

Guildford said the charity insisted on paying for Stuck’s flights but the actress is donating her time for the three-day visit.

“She’s been auditioning, she’s put that on hold. She’s all in."

Stuck posted a video on Facebook promoting the weekend event.