Inside their bubble: How the Lethbridge Hurricanes are keeping busy during mandatory quarantine 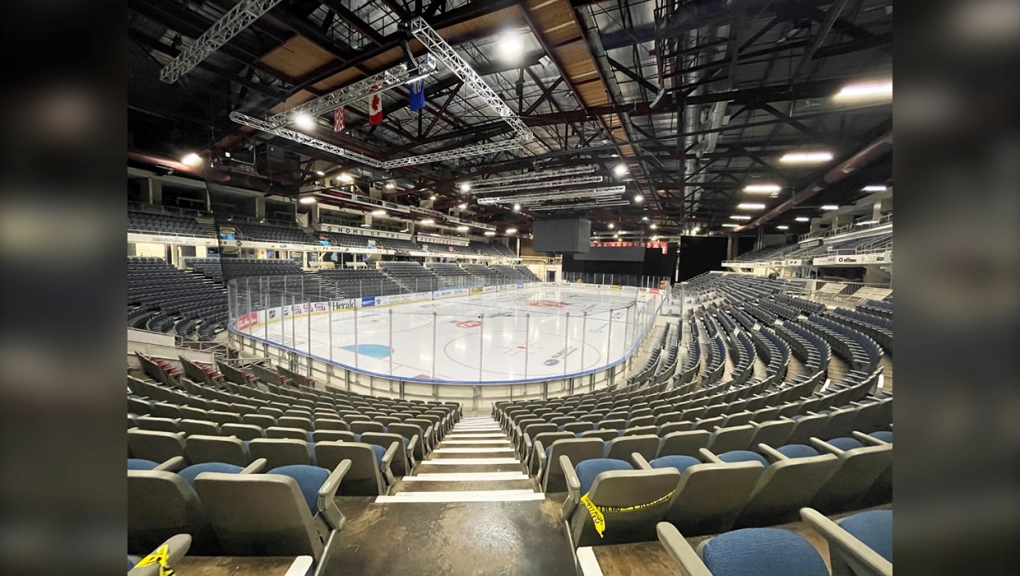 The Enmax Centre is home to the Lethbridge Hurricanes when they return to play a shortened 24-game season Feb 26.

LETHBRIDGE, ALTA. -- Players are holed up inside an apartment complex as part of the WHL return to play protocol.

It’s minus 30 degrees outside but that doesn’t stop Lethbridge Hurricanes defenseman Alex Cotton from heading out on the balcony for some fresh air. The 19-year-old is currently quarantining at an apartment complex with his teammates. The group arrived in the city on Feb 6 after a week of isolating at home.

“What I’ve been doing to keep busy is just playing video games with (Dylan) Cozens and (Calen) Addy (Addison) and guys like that,” Cotton told CTV in an interview from his apartment. “And, just playing cards, watching a movie, and going outside and enjoying the fresh air. Even though it’s minus 30 outside, fresh air is fresh air.” The players have also been taking part in daily workouts with the team’s strength and conditioning coach.

The 24-game season gets underway Feb 26.

“It’s been a year” said Hurricanes general manager Peter Anholt “and to say we haven’t seen our players on the ice for 12 months is, well, who would have ever though that would be that case?”

The Hurricanes season came to an abrupt end, last March, because of the global pandemic. The WHL has gone back and forth with 2020-21 start dates. The central division, which includes Lethbridge, Red Deer, Calgary, Edmonton and Medicine Hat got the official go-ahead Jan 28. “I was ecstatic. I was so happy” said Cotton. “All we want to do is play.”

The Hurricanes organization is choosing to house the players, and several members of the staff, in the apartment complex instead of with billets to help keep everyone safe.

There are also league rules that must be followed including regular COVID-19 tests, limited overnight stays and meals delivered to their rooms. “We're going to make it a small cohort with our coaches and training staff and our players and try to lock them down as best we can through their time here,” said Anholt  “and eliminate some variables as best we can too. It's how we handle it to give ourselves the best chance to play.”

At this point, the season will be played without fans. The WHL will offer streaming packages.  The league hasn’t made a decision on playoffs at this point but the Hurricanes say they’re hopeful they will be able to play for at least a divisional championship.  The WHL’s U.S. division has also been given the go-ahead to play.

Teams in British Columbia, Saskatchewan and Manitoba are still waiting on news from their provincial governments.

Despite not returning some of their veterans, Cotton believes the Hurricanes have the potential to go far. “People are going to think just because we have so many young players we won't be able to complete against older teams but I don't think that's the case. I think don't count us out. I'm just super-excited to play our first game on the 26th.”

For Anholt, the focus is on player development and seeing who put in the work in the extended off-season. “It'll be fun to see who has taken that extra step and who hasn't. So, we'll all be watching with lots of interest.”

The Hurricanes open up the season, at home, Feb 26 but who they’re playing hasn’t been announced.