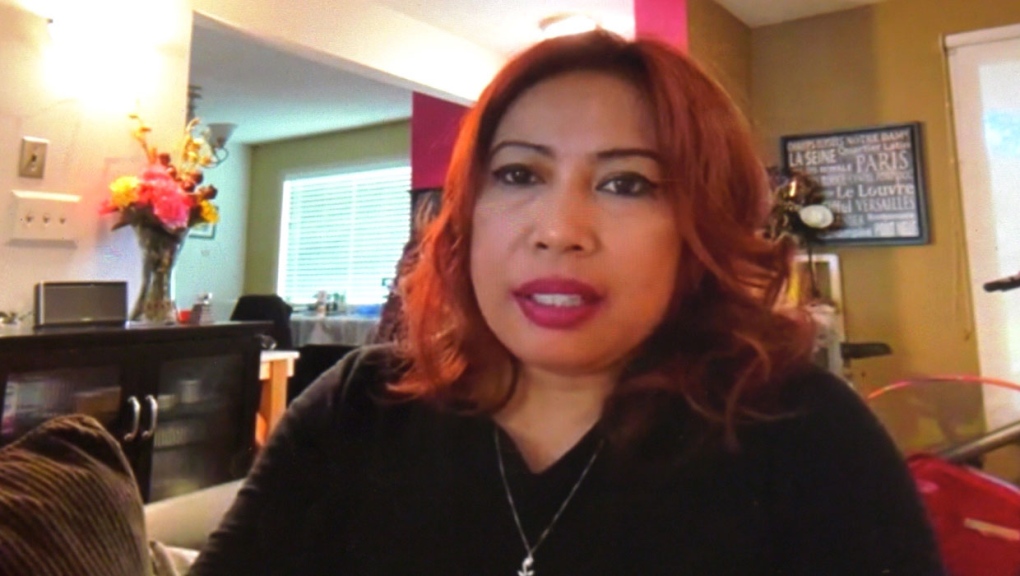 Delmar Penopio has been collecting CERB payments while also receiving support and guidance from Momentum, a Calgary based non-profit for low income families. She was laid off amid the pandemic and is still looking for work.

CALGARY -- Across Canada and in Alberta, the number of women returning to work is being outpaced by men according to economists analyzing the latest unemployment numbers.

As well, the female share of total employment in Canada has fallen from 47.5 per cent last year to nearly 46.5 per cent in 2020.

Trevor Tombe, economist and associate professor at the University of Calgary, says job sectors like accommodations, food services and retail were most affected in the pandemic, affecting a majority of jobs occupied by women. 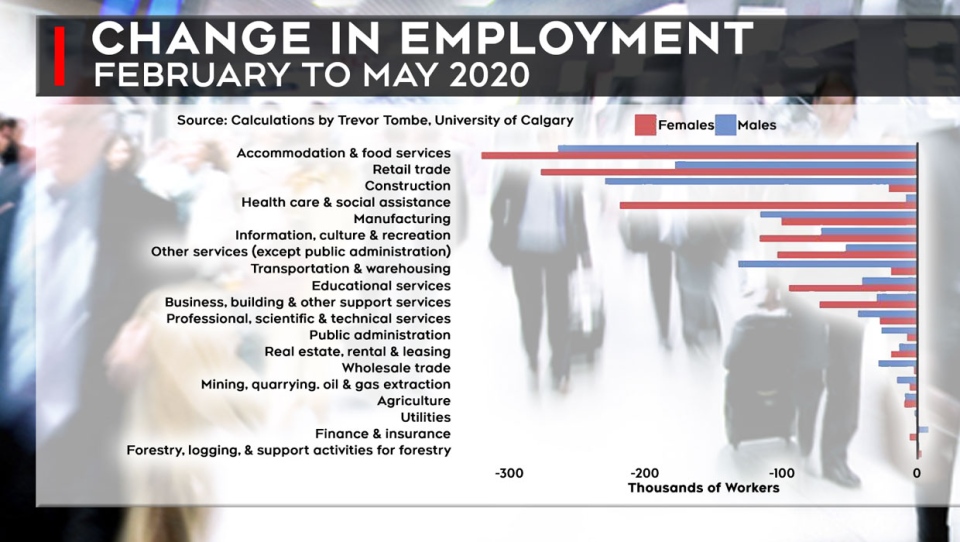 “The type of recession we are in right now is very different because it is led by those service sectors,” he said. “In May, while both men and women experienced employment increases, men saw larger employment increases because of returning activity in construction in particular, manufacturing as well. So that will lower the share of the total accounted for by women.”

Tombe says about 30 per cent of women under age 25 are out of work — the highest rate of any demographic — as many job losses are part-time positions typically filled by females. 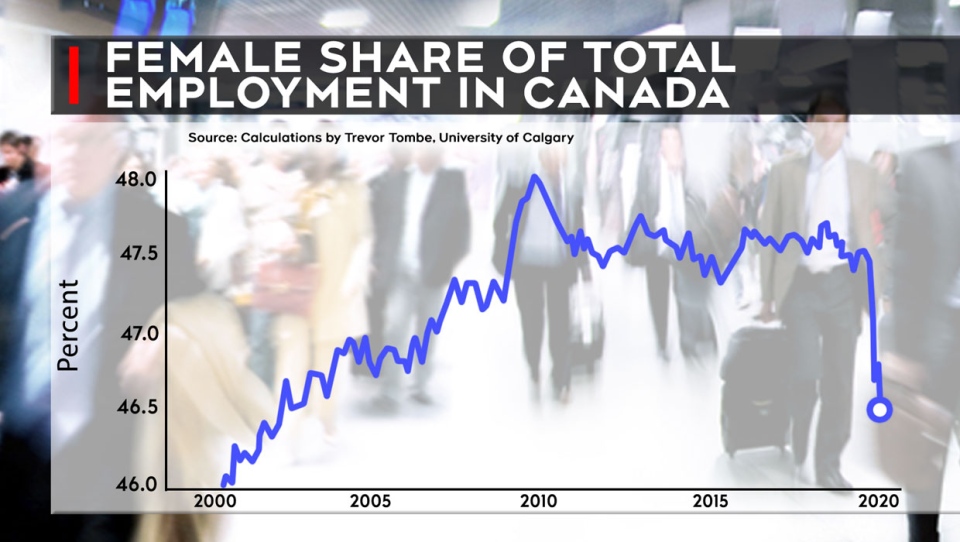 Fewer available opportunities is having an effect on some Calgary women who are searching for work.

“Before the pandemic its very hard to find a job now there’s a pandemic its more difficult. Of course (there is) the mortgage (and) the bills,” said Delmar Penopio.

She was laid off from her job as a chef in the early days of the pandemic. Although she has retrained to work in office administration, she’s collecting CERB while looking for a practicum placement.

Penopio is a also client at Momentum, a non-profit that provides coaching and support for low income individuals.

Officials with Momentum say 60 per cent of their clients are women and 20 per cent are single mothers.

“COVID has drastically affected the ability of women to be able to able to keep their jobs, take good care of their children,” said Donna McBride, Momentum's director of operations.

She says affordable and reliable childcare access would help many of the clients they serve.

The Business Council of Alberta also says childcare is an issue that prevents female staff from returning to work.

“If you are a part time worker and need childcare a lot of daycares are not necessarily offering part time spaces because they are at limited capacity and they want full time. That creates an added cost for people trying to put their kids in childcare,” said Mike Holden, the council's chief economist.

While its business members can’t necessarily provide access to childcare, Holden says its members are considering offering more flexibility in terms of working from home when it’s possible.

A May report from the Canadian Poverty Institute, part of Calgary’s faith-based Ambrose University, has outlined recommendations for provincial and federal governments to improve working conditions for women.