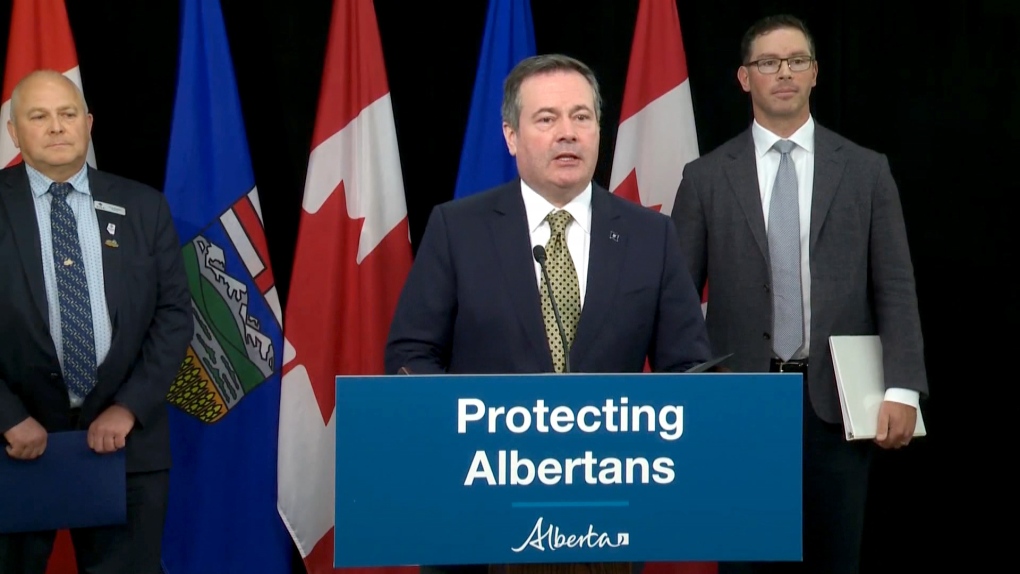 Premier Jason Kenney announces the province is seeking to create the Alberta Parole Board.

CALGARY -- Legislation tabled Monday calls for creation of the Alberta Parole Board, which will oversee those serving provincial jail sentences.

Parole decisions and monitoring in Alberta is currently done by the Parole Board of Canada.

"A provincial parole board would better protect Albertans, their loved ones and their property from repeat offenders, including parolees," read a release from the province.

"The government is fulfilling a commitment to Albertans to better hold criminals responsible to protect public safety."

Should Bill 18 be passed, the new body would determine parole or early release eligibility for those serving provincial sentences — which are less than two years — starting Jan. 1, 2021.

"Our government’s platform committed that we would ensure repeat offenders, including parolees, are not able to re-victimize them. This is an important part of getting a fair deal for Alberta, and of getting more Alberta and less Ottawa.”

Doug Schweitzer, the province's justice minister, said a provincial parole board will "help end the ‘revolving door’ justice system and will be more in touch with the current realities facing law-abiding Albertans who are frustrated with a justice system that does not make them feel secure and protected."