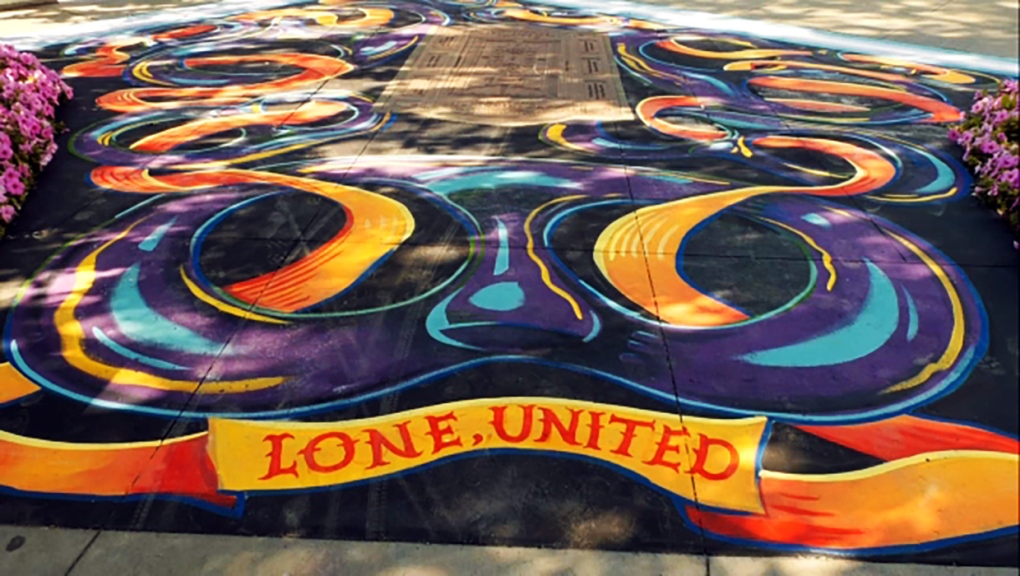 CALGARY -- This year marks 30 years since more than 100 people gathered in Central Memorial Park to protest discrimination and fight for equality for the LGBTQ+ community. This protest would later be known as Calgary's first pride celebration.

To celebrate the momentous anniversary, four public art murals have been unveiled at the location that started it all. The project was made possible through a joint effort between Shaw Communications, Calgary Pride, Calgary Arts Development, and The City of Calgary.

The pieces were designed by LGBTQ+ and BIPOC artists, and will be displayed at the four corner entrances to Central Memorial Park.

Artist Mike Hooves wanted to pay homage to Calgary's first pride by including Lone Ranger masks, which were distributed at the first pride to keep attendee's identities concealed.

"They served as a symbol for the lack of safety existing (at the time) for queer people legally, institutionally and culturally. Using all the colours from the Pride flag, I wanted to create a colourful depiction of the masks," Hooves said about their mural.

With Pride parades cancelled worldwide, Calgary Pride hopes the murals can help carry the spirit of the celebration.

"The murals are connected by symbols of diversity and solidarity, so you can march with Pride any time you'd like," Calgary Pride said on their website.

Shaw provided each artist or team with $2,500 to help their creativity come to light. 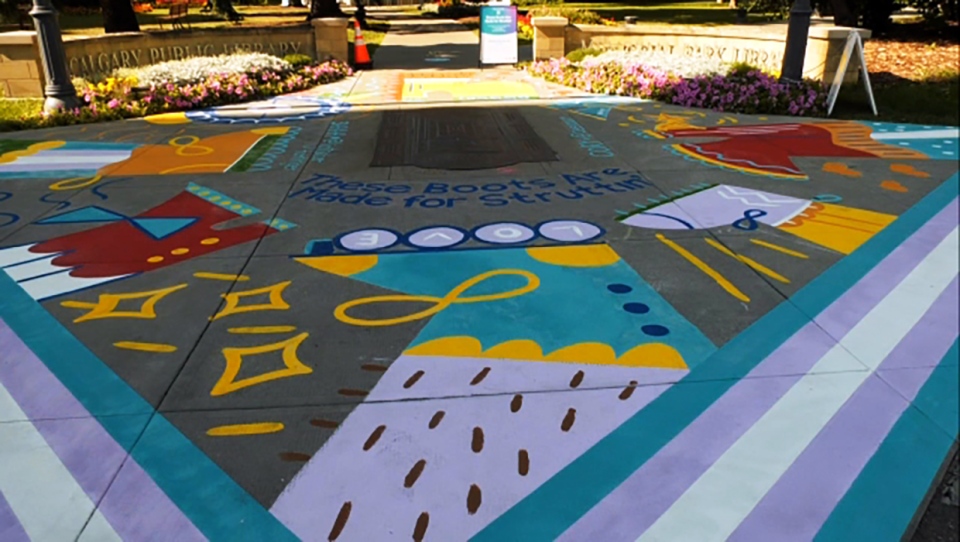 "These murals tell a story. And it’s storytelling that helps the community share experiences, struggles, and the challenges overcome. Our hope is that the stories told through these murals provide a chance to connect, emphasize, and inspire,” Katherine Emberly, Shaw President of Business, Brand and Communications said in a statement.

Community-based initiative #OurPride will run from August 28- September 6 and will feature local events and fundraisers that Calgarians can take part in.

"This year, festivities will look different. Although there may not be a parade, or parties, we can still celebrate the essence of Pride: resiliency, community and love," Leela Aheer, Alberta's Minister of Culture, Multiculturalism, and Status of Women said in a statement.

A full list of events is available on Calgary Pride's website, and all programming will be live streamed on various platforms.