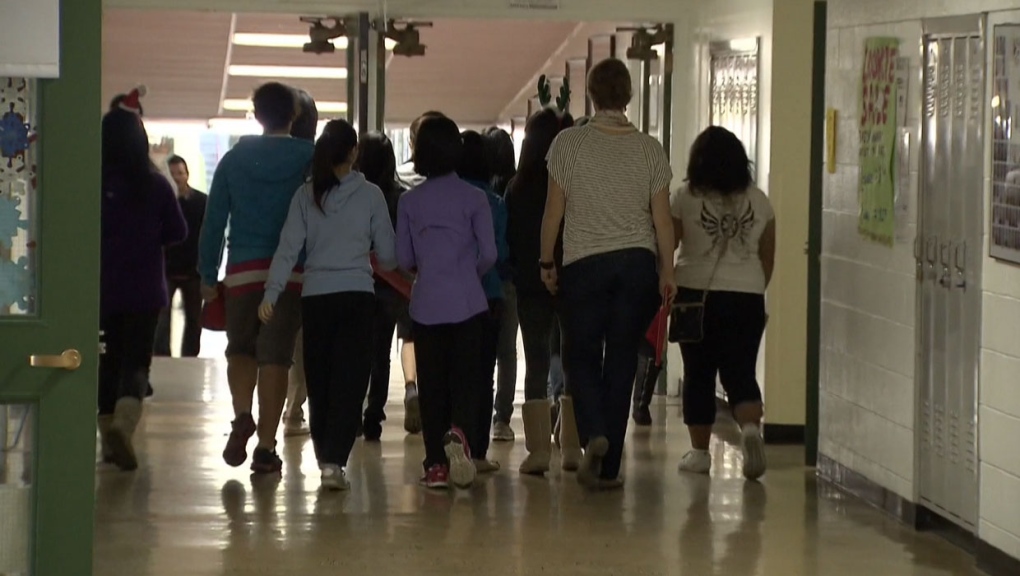 A recent survey of thousands of Alberta parents expressed a number of their main concerns when to comes to students going back to class in 2020-21.

CALGARY -- While the vast majority of parents in Alberta are keen on seeing their children back in class in September, they're cooler to the idea of making sure they have personal protective equipment packed up with them, a new survey says.

Over 66,000 Albertans responded to the Alberta School Councils' Association (ASCA) questionnaire that asked parents about what they were concerned about in terms of returning to school next year.

It found 86 per cent of respondents (56,276 people) would be in favour of a return-to-school plan that would see students back in class by September.

The poll also showed the idea of a modified school calendar – longer or shorter school days, split class arrangements or a combination of in-class and at-home learning – had a bit less support at 55 per cent.

"It was important to hear from parents, not only about online learning experiences, but what to expect in light of the COVID-19 pandemic and a potential return to in-class learning," said ASCA president Brandi Rai in a release. "This is new for all of us, and the strength and perseverance of everyone to ensure student learning continued, is something to be very proud of."

The survey also found a large amount of concern for hygiene requirements in schools (86 per cent), health protocols when students get sick (86 per cent), sanitation standards (82 per cent) and mental health supports for students and staff (81 per cent).

It says the survey included a diverse group of parents whose students attend various school boards across all areas of the province, including separate, public, charter and Francophone schools.

Full survey results are available on the ASCA website.