Majority of children under 5 are getting too much screen time: U of C study 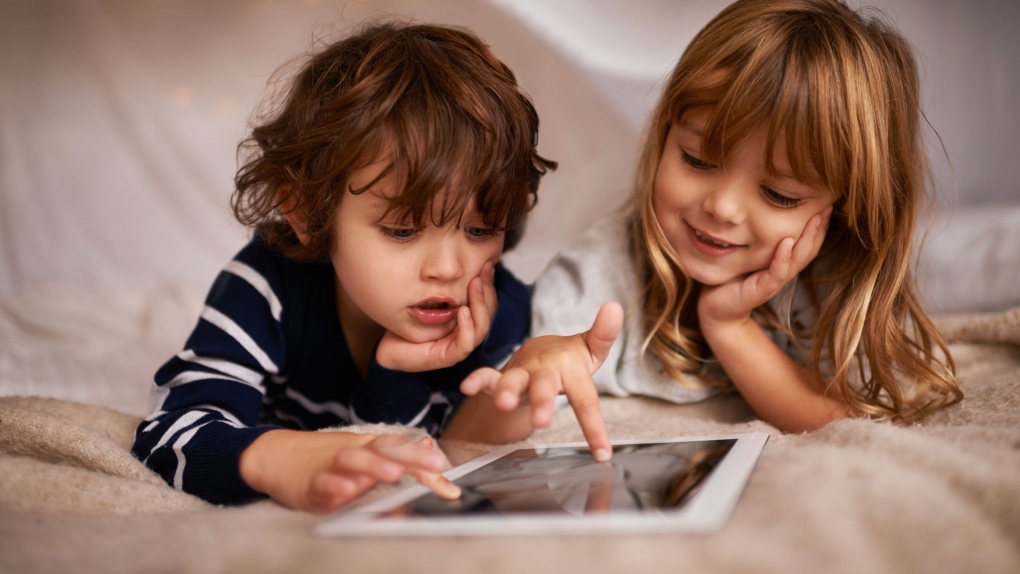 A new study advises limits on screen time for children and teenagers to help boost their well-being.(PeopleImages / IStock.com)

Established pediatric guidelines recommend children under the age of two should avoid screen time entirely while children aged two to five should only have a maximum of one hour of exposure per day.

A new meta-analysis of 95 studies, that included a total of 89,163 children from around the world, revealed that only 24.7 per cent of children younger than two met the recommended guideline for screen time.

University of Calgary psychology researchers Dr. Sheri Madigan, PhD, and Dr. Brae Anne McArthur, PhD, say this is especially concerning since the data was collected pre-COVID-19 and it's estimated screen time may have doubled during the pandemic.

"This meta-analysis gives us a pre-COVID baseline estimate of young children's screen use, and what this study is telling us is that a very small minority of children were actually meeting the pediatrics screen-use guidelines pre-pandemic," said Dr. Madigan, associate professor with the Faculty of Arts and Canada Research Chair in the Determinants of Child Development. "What concerns us, is that we know screens are very habit forming so, once children start on a trajectory of increased screen use, they tend keep that level of screen use over time."

The America Academic of Pediatrics guidelines have been in place since 1999 as sitting in front of a screen, no matter the extent, appears to interfere with important opportunities for young children to learn, move and grow developmentally.

"Healthy child development is really contingent on having rich interactions with caregivers and other people in the home, who can really foster language and developmental skills, and promote motor skills by encouraging their children to get outside and be physically active," said Madigan. "The concern that we have is that when children are watching screens they’re actually missing a lot of opportunities to learn key developmental skills that we know can really set them up for success long term."

The researchers found that children under two who watched screens were primarily viewing television shows, movies and streaming services, as opposed to beneficial video chats with family members during this time of COVID-19.

Researchers say parents shouldn't feel guilty if their children watch a screen while they’re trying to get dinner on the table, but they should be aware of what children are watching and for how long.

"Modeling healthy behaviors is also really important," said Dr. Brae Anne McArthur, instructor and director of UCalgary's Psychology Clinic. "We know that children's screen use is highly related to their parents' screen use, so what they see is what they do.

"The more that parents can model healthy device habits, like putting phones away and spending device-free family time together, the more likely children are to develop those habits as well."

Madigan and McArthur say streaming services should not be permitted to automatically start new episodes one after the other, as this could keep kids attached to their screen for longer than parents intended.

McArthur says we need to find a better way to support families as a whole, which may be partially accomplished through policies aimed at media companies, as well as supports for parents. She adds that managing a child's screen time shouldn't fall solely on caregivers.