Arrest made in connection with southeast Calgary stabbing

CALGARY -- Calgary police have taken in a man for questioning in connection with a fatal stabbing that occurred early Tuesday in the community of Lynnwood.

Investigators say the suspect was discovered near a wooded area in the southwest neighbourhood of Patterson Heights Wednesday afternoon.

He was arrested without incident with assistance from mounted and canine units, as well as patrol officers. Officials say there was no risk to the public at any time. 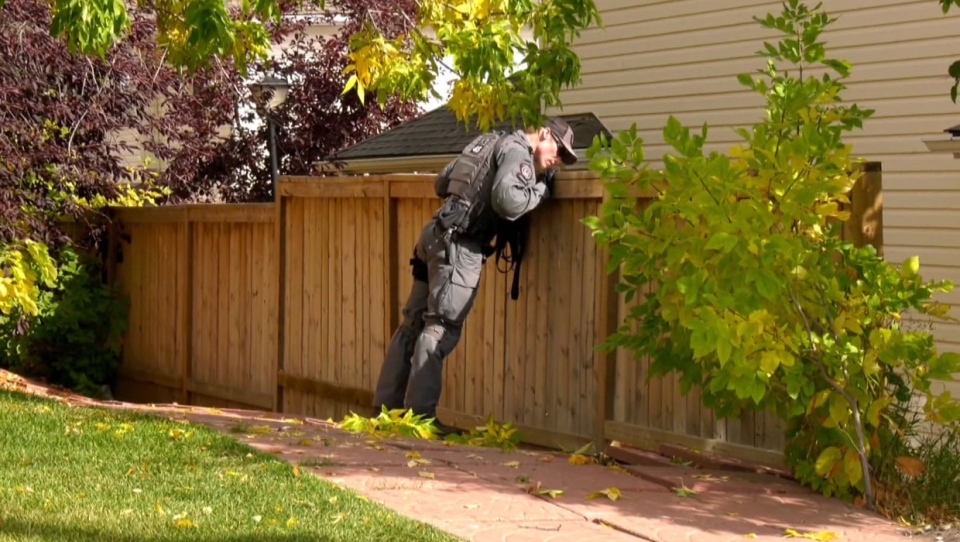 The suspect has not been formally charged and is presently being questioned by detectives.

It's not known if the man arrested is Eddy Nakasenh-Bandasak, the roommate of the stabbing victim. Police issued a public appeal for help to find that individual Tuesday afternoon.

Police were first called to respond to an assault outside an apartment complex on Lynnview Road S.E. at 4:45 a.m. Sept. 22.

First responders discovered an injured man at the scene, but the victim, in his 20s, died a short time later.

The victim has not been identified.

The investigation is still ongoing and anyone with information is asked call the CPS non-emergency line at 403-266-1234 or the Homicide Tip Line at 403-428-8877. Tips can also be submitted anonymously to Crime Stoppers through any of the following methods: