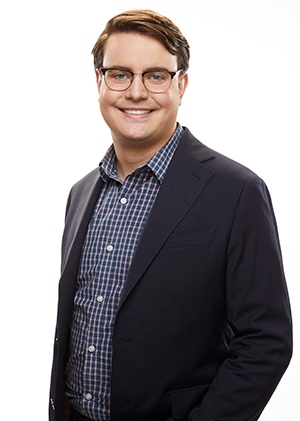 **As of October 2022, Kevin is no longer with CTV News.** Since joining CTV News in May 2017, Calgary-based Kevin Nimmock has served as a morning show, noon show and 5 p.m. producer, as well as his current role as an assignment editor.

He has worked in CTV newsrooms in Winnipeg and Calgary, helping bring important community issues to light. In particular, Kevin is interested in the intersection of social issues and politics, including representation and diversity, as well as language rights. He is also keenly interested in health, education and sports stories.

Kevin grew up in Calgary and is thrilled to work for his hometown station. He graduated from Carleton University’s journalism program in 2016. He also obtained a degree in political science, specializing in international relations.

Before joining CTV News, Kevin worked as a newspaper reporter in Ottawa and Moncton, specializing in court and health reporting.

He has reported in both French and English.