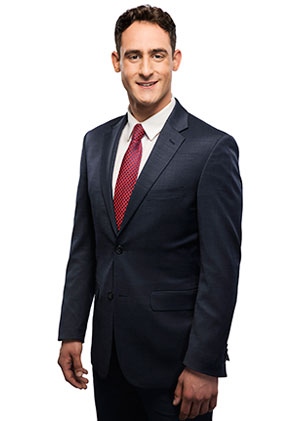 Mark Villani joined the CTV Calgary team in January 2018 as a morning reporter for CTV Morning Live and CTV News at Noon.

Since moving back to his hometown, Mark has specialized in reporting breaking news to Calgarians as they wake up each day. He’s the first on scene and the first to give you the facts you need to know.

Calgary-based Mark has reported on Alberta politics providing in-depth coverage of the 2019 provincial election and continues to extensively report on the Trans Mountain Pipeline as a western correspondent for CTV News Channel and Business News Network.

In addition to his passion for news, Mark loves sports and can regularly be found on many of Calgary’s running paths training for his next big marathon. In 2018, he put his body to the test and uncovered how far the human body could be pushed in his feature CTV documentary, “Beyond The Wall.”

Born in Edmonton and raised in Calgary, he started his career at the age of 17 as a freelance journalist with the Calgary Sun. He then moved on to working as an overnight anchor/ reporter with CFFR 660 News while attending journalism school.

Mark holds a Bachelor of Communications Studies degree with honours from the University of Calgary and earned a diploma in the Broadcast News Program at SAIT. During his time at SAIT, Mark received the Governor General Academic Bronze medal for the highest average among students in the school.

Upon graduation in April 2016, Mark began working full time as a video journalist at CKPG News in Prince George, BC. He then joined CTV Saskatoon in February 2017 working as a reporter/anchor before making the move back to his home town.

In his spare time, he enjoys volunteering, and loves spending time with family and friends. Mark is an avid fan of the Toronto Maple Leafs and the New York Jets in what can only be described as a love/hate relationship. Mark speaks English and recently started learning French.