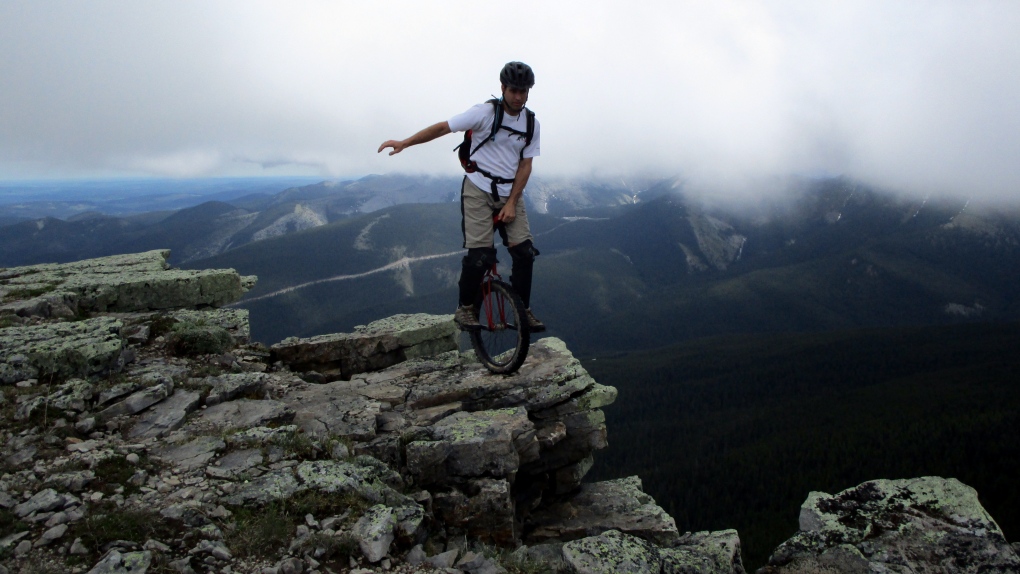 When people see off-road cyclist Mike King riding down a hill, they do a double take. It’s because something key is missing – a second wheel.

Yes, mountain unicycling, also known as "muni," is a real thing and it’s happening right here in the Calgary area.

Muni is an extreme off-road sport that consists of traversing rough terrain on a unicycle and is undertaken on similar terrain to that of mountain biking.

These aren’t your typical clown unicycles. Mountain unicycles have 24-inch to 29-inch studded tires and a solid frame to help navigate through mud, rocks, streams and fallen logs.

King has been riding off-road for the last 20 years. A lot of the routes he rides are common local hiking trails. 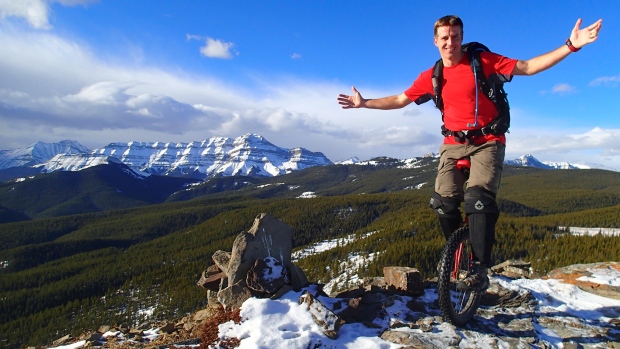 King on top of Volcano Ridge, east of Turner Valley, with Bluerock Mountain in the background. (Courtesy Mike King)

Unicycling is also a popular way for athletes to train in other balance sports such as skiing and some Olympic sports because it helps to strengthen core and balance.

"I would say it is the best core strengthener and balancer that exists," said King. "You don’t have handlebars to hang onto so your only movement is moving your body."

Mountain unicycling is a sport that can be done anywhere, according to King. He will often go on hikes with friends and bring his Muni along.

"Probably five hours up and then about a three hours down," he said.

King estimated there are only a few dozen people in Calgary actively involved in the extreme sport.

"There’s going to be hundreds and hundreds that know how to ride....but actively in the off-road side of the scene, you know you’re really only probably talking about a few dozen."

For anyone who might be interested in the unusual sport, mountain unicycles range in price anywhere from around $400 to over $1,000.

King said he is still using the same mountain unicycle that he first bought.

"I’ve broken a few seats and pedals but the main wheel set and frame has been absolutely rock solid and I’ve put thousands of kilometres on it," he said. "It’s a thrill." 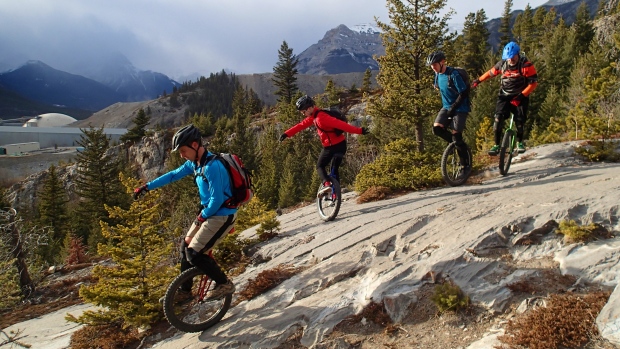 Not many people in Calgary mountain unicycle, but King said it's worth it for the workout. (Courtesy Mike King)