Nesting falcons and hawks come back to roost in Alberta 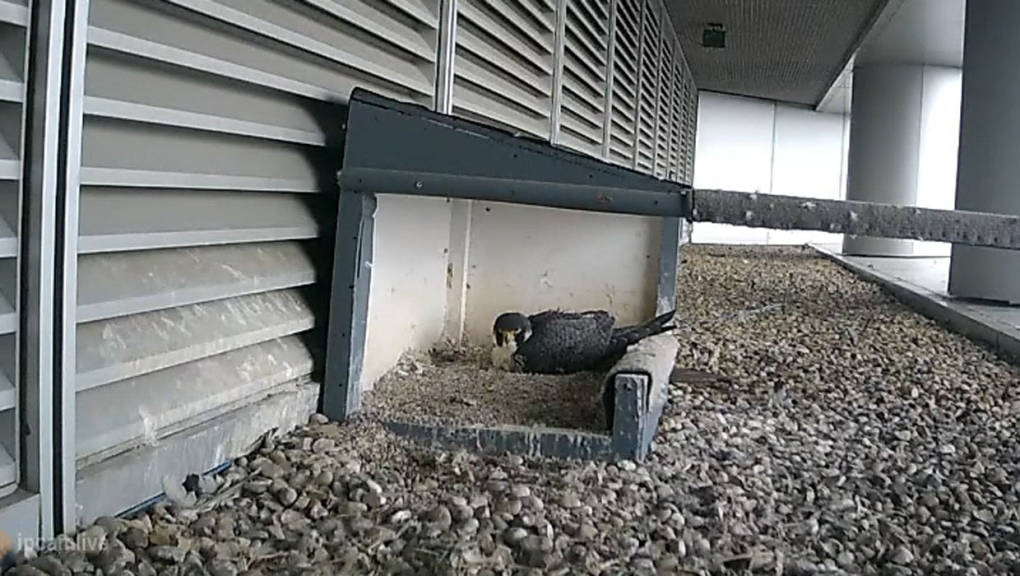 A falcon sits on top of a clutch of eggs at the Bell Tower in Edmonton on May 9, 2020. (Supplied)

CALGARY -- Even while in self-isolation, you can enjoy a little bit of nature from the comfort of your home thanks to a conservation group.

The Alberta Conservation Association (ACA), in partnership with Altalink, has announced a new season for its nest cams. Cameras have been set up at three locations in Alberta and the ACA says two of the nests are already occupied with birds and their eggs.

"Soon we will be watching the peregrines feed and nuture their hatchlings until they are ready to fledge,"the agency says in a release.

According to the ACA, peregrine falcons are considered to be species at risk in Alberta. Government documentation indicates the birds faced extinction because of the use of organochlorine pesticides such as DDT. 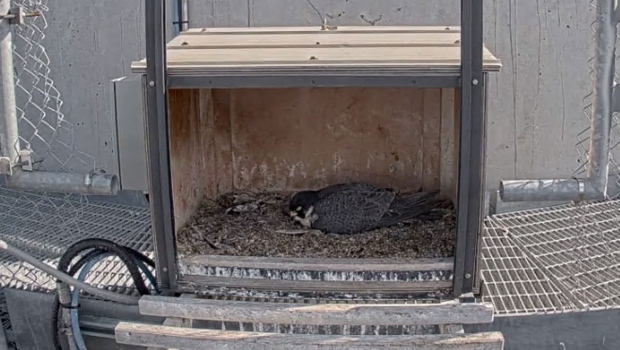 This camera is set up at the Genesee Power Plant in Warburg, Alta., located about an hour southwest of Edmonton. (Supplied)

While the birds are is still listed as endangered in Canada and Alberta, the population has experienced a comeback in recent years.

The cameras set up to watch the falcon nests can be found here:

The ACA adds there are also two wildlife cameras set up to watch the nests of two ferruginous hawks. The birds are Alberta's largest native raptor and the cameras are operated by MULTISAR, with support from Altalink and EQUS.

The cameras can be found online here.

More information about peregrine falcons and other conservation programs can be found on the Alberta government's website.