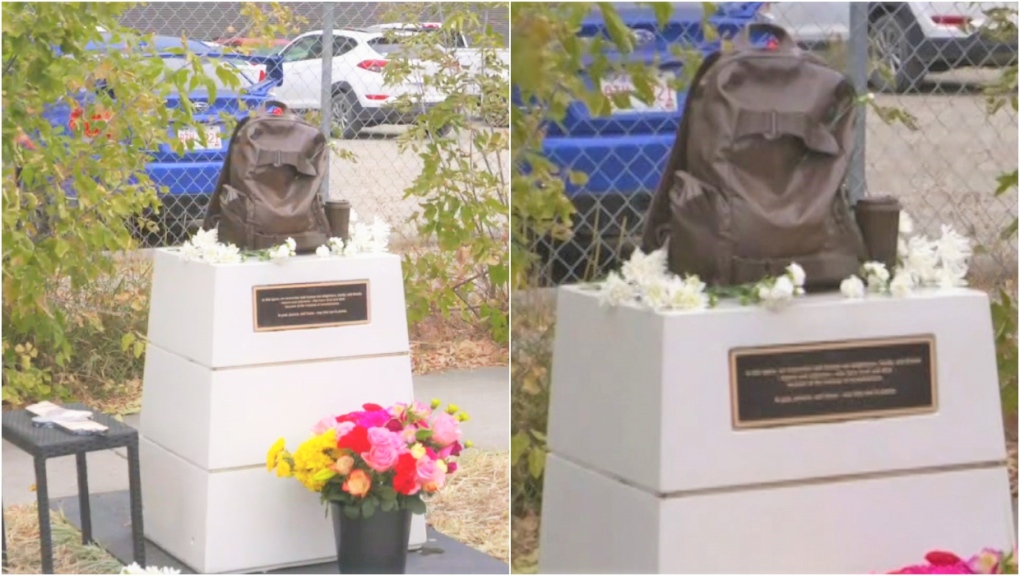 A new memorial commemorating the lives of those who died while experiencing homelessness is now on display in the Beltline.

The memorial, located at 107 13th Avenue S.E., was a collaboration between the Client Action Committee, the Calgary Homeless Foundation, the University of Calgary and the City of Calgary.

“This permanent memorial is about sharing our humanity, about grieving, compassion and honouring the lives of those who mattered deeply to us," Calgary Homeless Foundation president and CEO Patricia Jones said.

"It is a powerful reminder that guiding the fight against homelessness means that all Calgarians experiencing homelessness deserve access to a home with the necessary supports to move them to a place of wellness and stability.”

Today marked an important event in #Calgary that I was humbled to have been a part of.
The Client Action Committee, along with @calgaryhomeless, @UCalgary, & @cityofcalgary collaborated with Canadian Artists Against Poverty to create our city's first permanent homeless memorial. pic.twitter.com/cR1Y4kSoiA

Nigel Kirk, a member of the Client Action Committee, said dignity should not be "tied to a set of keys."

The organization is comprised of volunteers who have experienced – or are experiencing – homelessness, and want to advocate for those without permanent shelter.

"I've always wanted to focus on dignity, human rights and the well-being of those who are experiencing homelessness," Kirk said.

"This space is not only a place where the unhoused can honour and reflect their lost brethren. It's also a unique place in Calgary—a place for those on the streets to find sanctuary."

Kirk said the memorial was designed to be welcoming. 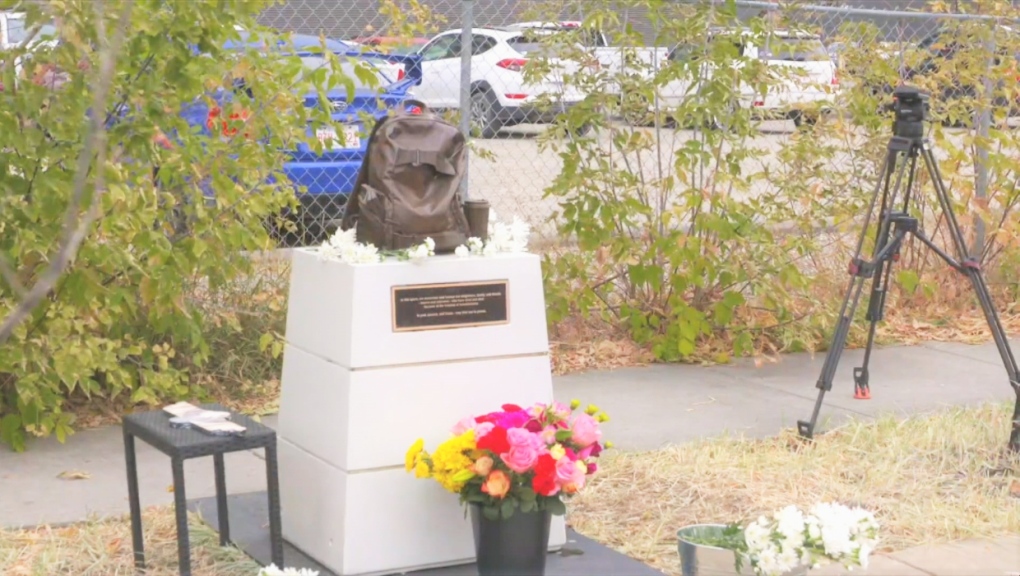 Calgary's memorial for the city’s homeless.

"We have phone chargers here for people to stop and charge their phone. This is a place where the homeless can come, reflect as they feel they need to – as appropriate for them, in whatever way that they want – where they can honour and remember the people that they've lost, and where they can be safe."

Dr. Jessica Shaw, an associate professor in the Faculty of Social Work at the University of Calgary, said there is no need for anyone to die from the effects of homelessness in a province or country as wealthy as ours.

“Yet in 2020, there were 202 people – who we know of – who passed away while experiencing homelessness in Calgary," Shaw said.

"I just had my daughter three-and-a-half weeks ago and she's here right now," she said. "I want, as she grows up and we continue to visit this space, I want to be able to tell her that this space was created because we used to lose someone every three days in Calgary."

Ward 8 Coun. Evan Woolley said he was both humbled and grateful to have contributed to the creation of the monument.

"May they never be forgotten," Woolley said.